Over the years life has taken all of my friends down various paths and a few years ago even my path changed from IT to Photography.

I know first hand the challenge of making a career change, so I highly respect what Della has achieved over the years!

Not having ever photographed a Martial Artist before, nor knowing much about Wing Tsun to begin with, I did find this shoot somewhat challenging.

When directing poses for both men and women, the general struggles photographers find is find poses that compliment the models body type. However, the challenge here was ensuring all moves are technically correct, whilst showing strength and conviction from Della.

Della began with a little Wing Tsun demonstration and explained to me that Wing Tsun movements are very intricate with small movements. This is where the biggest challenge was and that we had to find poses within her forms that would suit photos.

We found a few poses that we felt worked well, but I have to say… my favourite pose/shot of the session was where she had two blades going for a striking pose.

I am actually struggling to decide between colour and B&W. Please do leave a comment below with your preference…

My vision for this shoot required the low-key look. So I setup a collapsible Black backdrop and one Godox TT685S in a 48″ Octabox.

Keeping the light as close as possible to Della, I was trying to obtain soft light highlighting her on the edge only whilst keeping a darker moodier look.

I did find that this lighting did make Della fall too much into darkness, so to separate her further from the background I added another Godox TT685S on the opposite side around 2meters away firing directly at her at 1/32 Power. This added a little light on the opposite side of her to give her more shape.

Where possible I do try to shoot correct in camera, however on a few occasions I did have to rely on Photoshop to clear up the background. 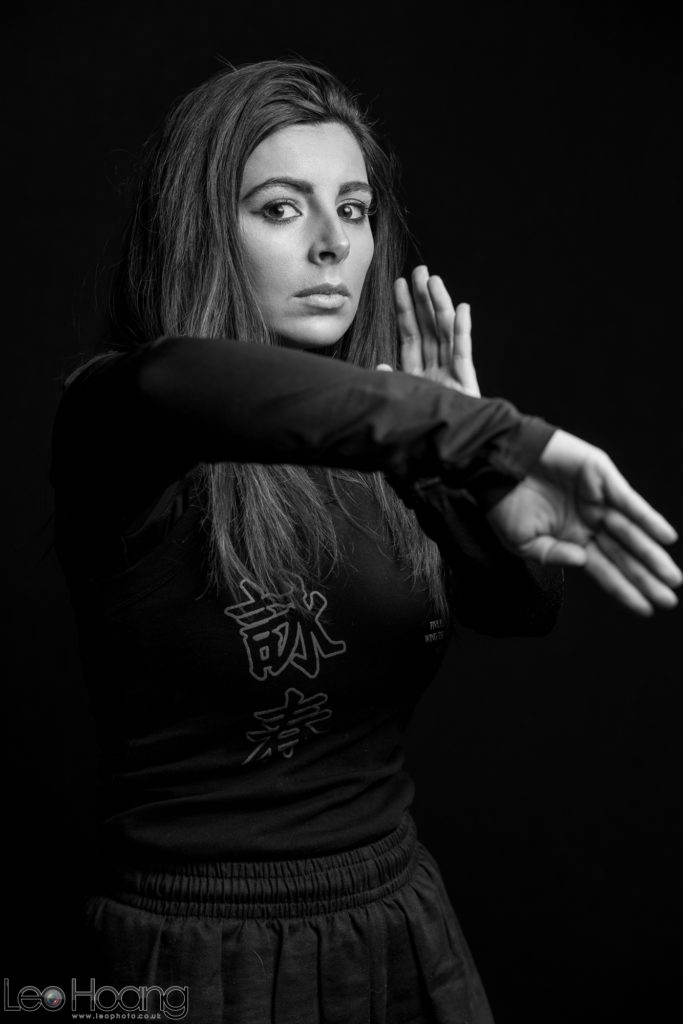 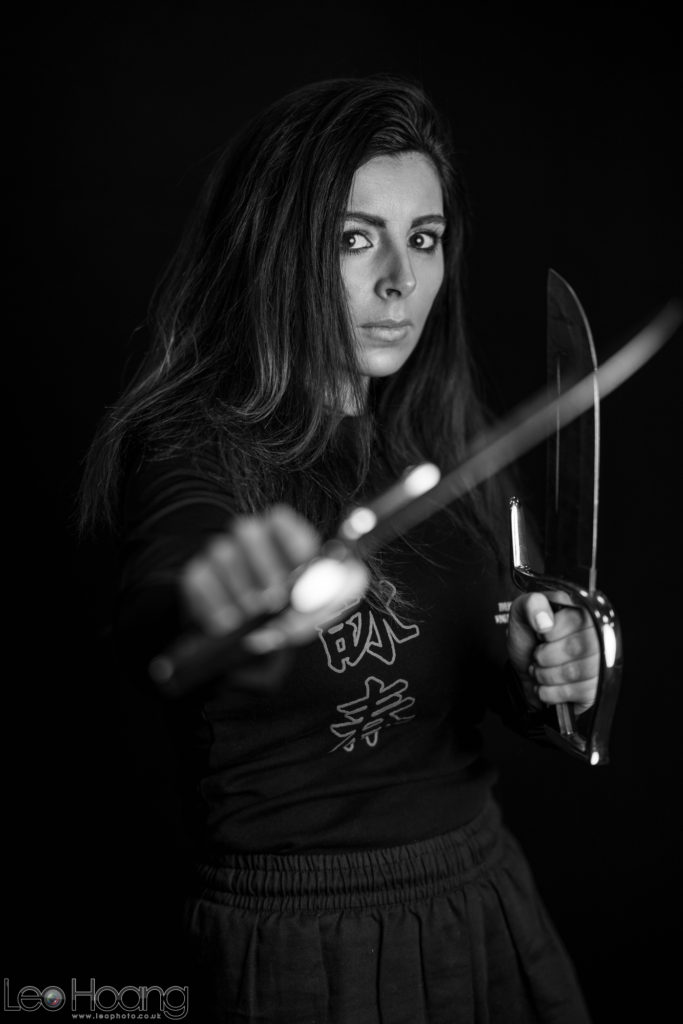 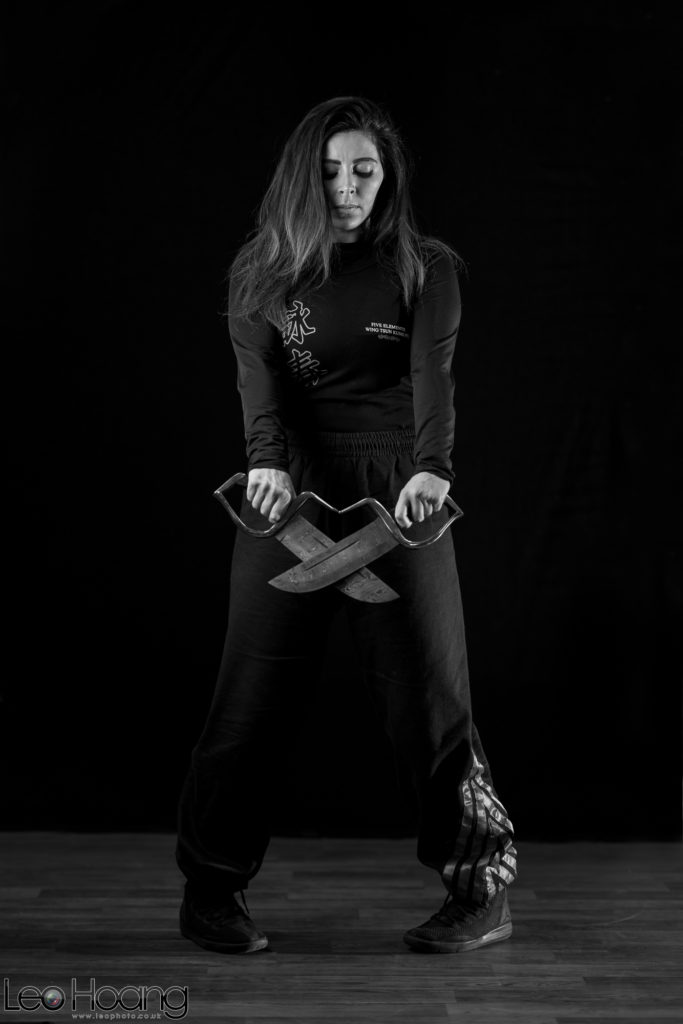 We managed to pull off some great shots within the short amount of time before her class and I’m super happy with the results!

When we shoot again, I will hope to have better knowledge of Wing Tsun to help better direct and pose her for the shots. Likewise on a photography level, I would like to have a proper backdrop to avoid having to retouch too much!

Overall though, I’m very happy with what we accomplished!