I have always wanted to do astrophotography but living in London does not allow for this due to all the light pollution.

I randomly checked the weather to discover it was a clear sky and then quickly googled for dark sky locations. I found a location which is only 1hr:15min away from my home and decided to venture out on a mini road trip to see what the location looked like.

I checked the sky for the moon also saw that it was ¼ Moon, but as I am a newbie at this, I had no idea how much that would have affected my images. I suspected it could have benefitted my photo to some degree as the moonlight could have lit the foreground a little to give the images more context, however I was wrong.

There was a light mist in the air due the cold and adding onto the ¼ moonlight, the scenery became pretty misty.

The first shot I took was definitely not worth the trip. 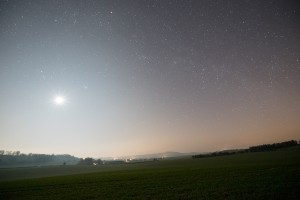 However I did decide to see how a timelapse would look. Seeing as I was alone and the temperature was at 0* with a strong wind, I did cheat and stayed seated in my car with the camera peaking out of the passenger window shooting the timelapse.

After which I realised the moon was moving. As this was the first time I had ventured out for astrophotography, I didn’t realise all the variables that would affect my shot and yesterday I discovered that the moon does not stay out all night.

I decided to wait until the moon had completely set to see how dark the skies were, and although they were dark, unfortunately the milkyway was still not visible.

With the magic of technology, whilst the timelapse was running I decided to do a little reading on my phone and then realised the milkyway would not be visible until 3am.

As I had been at this location from 10:30pm, I decided to give up on the milkyway idea for that night as there was no chance of me staying up until 3am due to having work the next day. In addition it was forecasted to be cloudy around 3am so I decided to pack it in for the night.

For the meantime, until I get to go back out there with ideal weather conditions, I can share with you all a mini-timelapse where I inadvertently captured a meteor shower. I am a little disappointed I didn’t keep it going, however the battery did run out on my camera and I had to use a USB charger to juice it up a bit more for the second angle. Hope you enjoy and check back for more timelapses/astrophotography.