I purchased the Sony MDR-100ABN last year to help with my editing. I generally like to edit whilst listening to music and these headphones were touted as being a great competitor to the Bose QC35’s. Not quite on-par with it’s noise cancelling capabilities, but were comparable and at a cheaper price.

I decided to purchase them and I was immediately impressed.

I’m no audiophile but I do appreciate good sound when I recognize it and I was coming from the JLab Omni’s.

The first thing I noticed was the noise cancelling. My previous set of headphones did not have any sort of active noise cancellation so putting on these Sony’s it cut out a lot of ambient sound.

Consistent sounds such as a hoover, washing machine etc. were immediately cut out to almost none-existent. However, sounds such as the TV or any banging would come through, but greatly reduced. 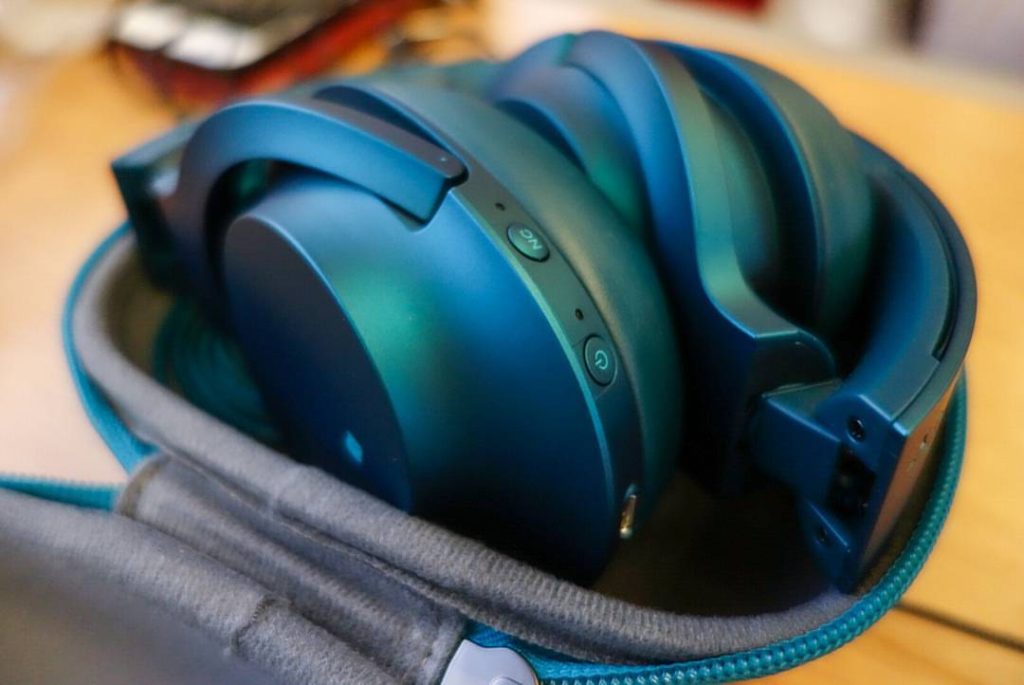 I found that whilst listening to them on the train, it reduced a lot of the ambient sound from other passengers, however the wind coming through the train windows would have a repeating hiss.

So although the noise cancellation does cut out a lot of sounds, in some environments it’s not the greatest. However, this is the nature of Active Noise Cancellation in general as I had played with the Bose QC15’s and QC35’s prior to this and they do perform slightly similar, but the Bose were better.

Aside from the Active Noise Cancelling which we just discussed, the headphones do not necessarily pack many features.

The first feature worth mentioning is the one-touch pairing via NFC. 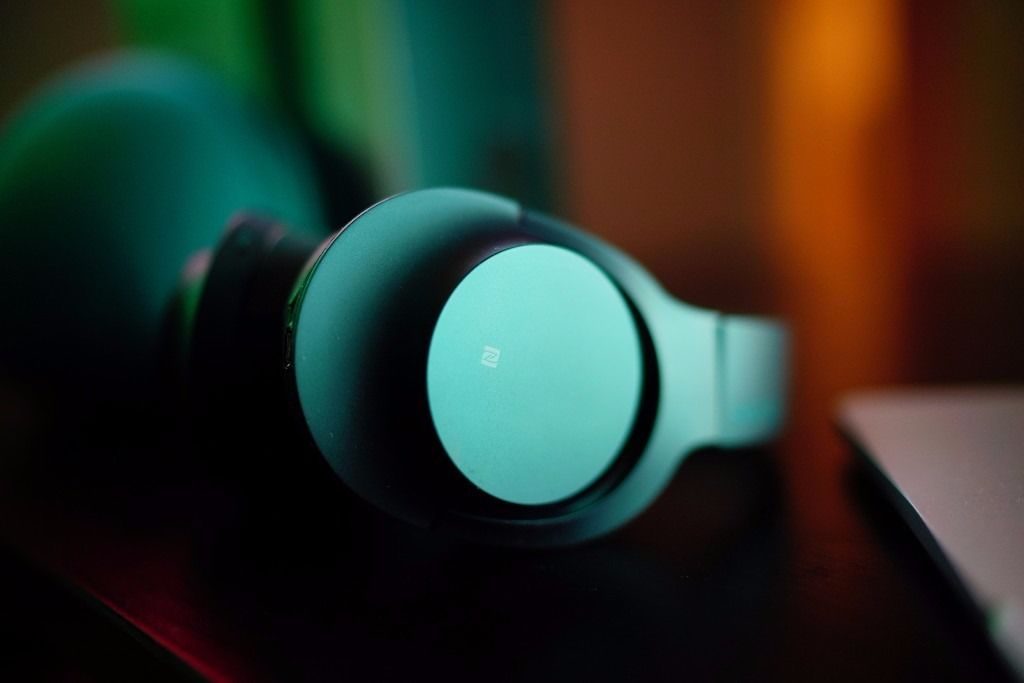 The headphones also come in a selection of colors to suit your style and I chose Viridian Blue. Not because it was my favorite color out of the bunch, it was simply the cheapest for me as I found a great deal on this pair of headphones.

I did however want the Black Pair. Yes I’m boring I know!

The sound quality is very crisp. As before I’m no audiophile, but what I will say is that its a very clean sound with decent bass.

I was actually very happy with the sound quality of these headphones until I heard the Sony MDR-1000X. In no way am I complaining that the sound quality of these MDR-100ABN’s is bad, it’s just I simply noticed where the MDR-100ABN falls short and that is on the high’s. When listening to a loud volume, you do hear the highs start to crack ever so slightly. But this is something I never would have noticed without directly comparing to the Sony MDR-1000X.

The headphones are made of plastic with a matte finish. I do worry every so slightly about how these headphones will look long-term as the matte finish seems to pick up little scratches and scuff’s quite easily. 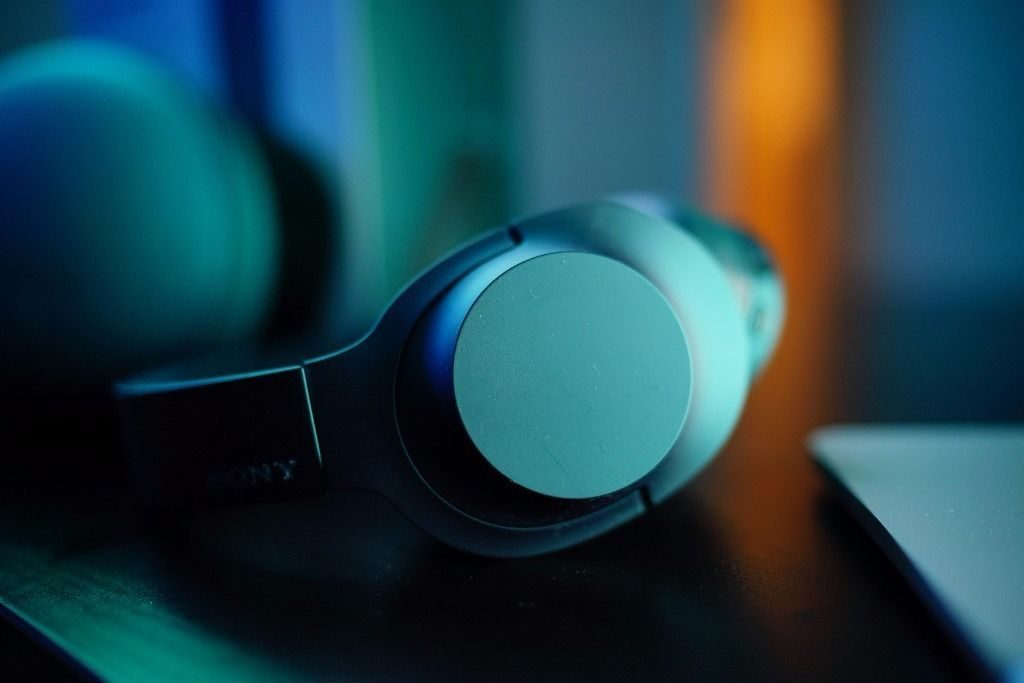 Minor scuffs, not really visible in image, so I guess, not a big deal!

In theory, if you take care your headphones, you’ll never see any!

If you simply pack away in its included hard shell case, you should be ok! 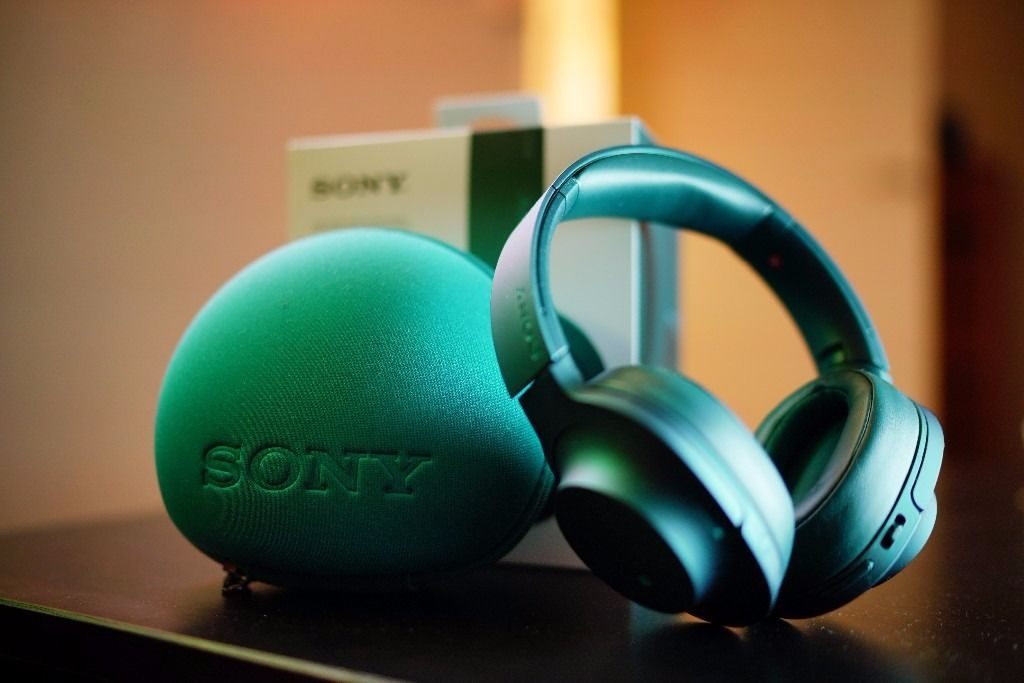 Comfort however I found to be not the greatest.

To be transparent, I have a fairly large head! I am 6ft3″ and 16st, so it comes with the territory!

I found that I had to extend the headband to it’s maximum, which then bowed out the overall design and didn’t look the most flattering on me. Likewise the clamping of the headphones was pretty tight. The cushion on the ear cups also did warm up a little on my ears, so I did find I didn’t like wearing these for long periods of time.

This is of course very subjective and this is just my experience with them. So if you have the opportunity too, try them out first for comfort.

So on a personal level, I fell out of love with these headphones pretty quickly.

However, looking back and comparing to the Sony MDR-1000x and Bose QC35’s, they are a great value! 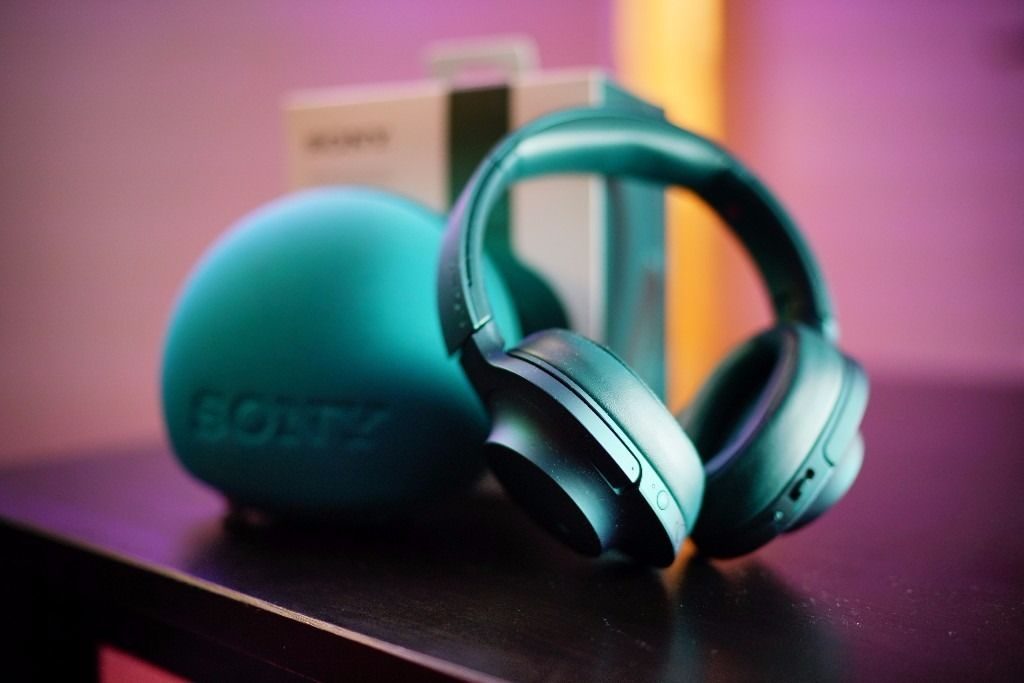 These Sony MDR-100ABN are priced at £200-220 depending on what colour you choose on Amazon, which sits below the Bose QC35’s at £280 and the Sony MDR-1000x at £330. So with the price being lower and here I am still considering the sound quality and ANC performance differences to be comparable, you are definitely getting a great value with these headphones.

The only caveat I will add is comfort is very subjective, so only you can know for sure if these fit you comfortably.

Otherwise, sound quality and ANC performs great and are definitely a good cheaper option to the competition.

Me personally however, as much as I like the MDR100ABN, I have since sold the MDR100ABN and am now deciding my preference between the Sony MDR-1000x and Bose QC35’s.