Now it’s always a gamble looking at the weather forecasts as it could say “Mostly Clear”, but you have to ask the question “What is Mostly clear to them?????”.

I took a punt and drove 40min out to Goldalming and found an entrance to this area, I wasn’t sure where it would lead too and I didn’t see any signs saying Private Road or anything, so I entered and parked up.

The idea was to set up my Nikon D610 with 14-24mm f/2.8 to do a Timelapse with the rectilinear ultrawide angle lens and another with a Fish Eye to hopefully capture a wider view of the sky with my Sony A7R II and Samyang 8mm f/2.8 Fish Eye II.

I also had my Sony A7S and 16-35mm f/4 for any random shots whilst I waited for the timelapses. 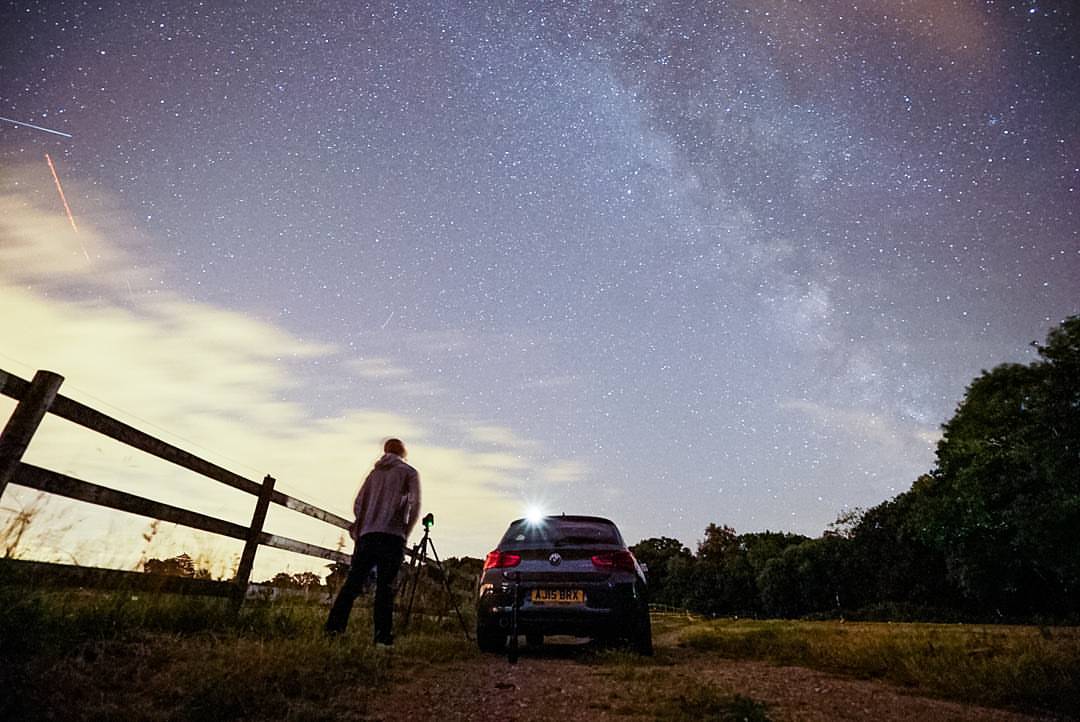 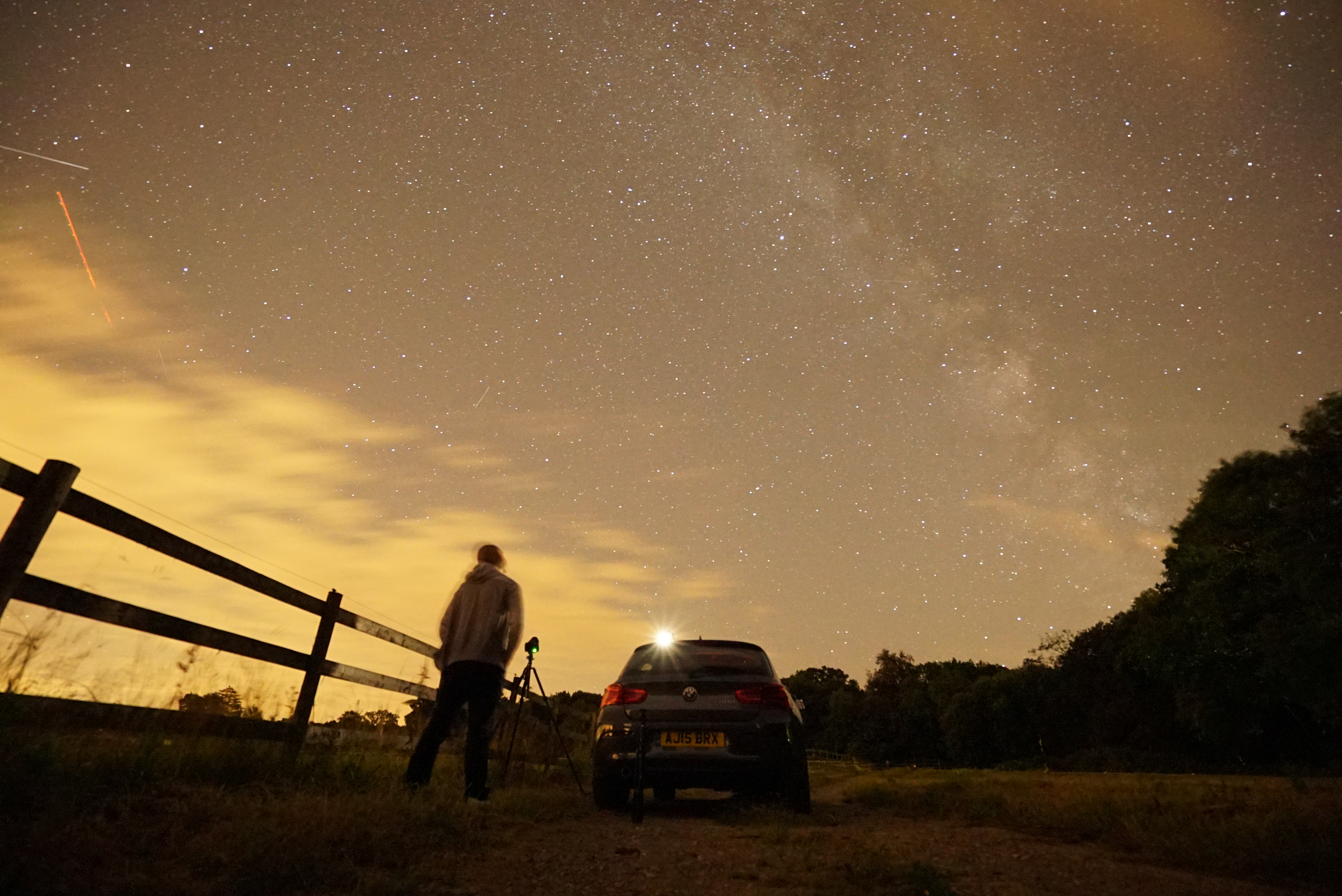 The above shot was a JPG transferred to my phone and edited on Lightroom Mobile App. I was surprised the JPG was able to pull out any detail at all and I do look forward to see what else I can pull out via the RAW file.

Luckily I managed to see the milkway for around 50min before the clouds smothered it completely.

Unforunately the Nikon Timelapse failed for some reason and I must not had set it up correctly, but luckily all was well with the Fish Eye Timelapse.

So I attempted a Panoramic Shot which epically failed! 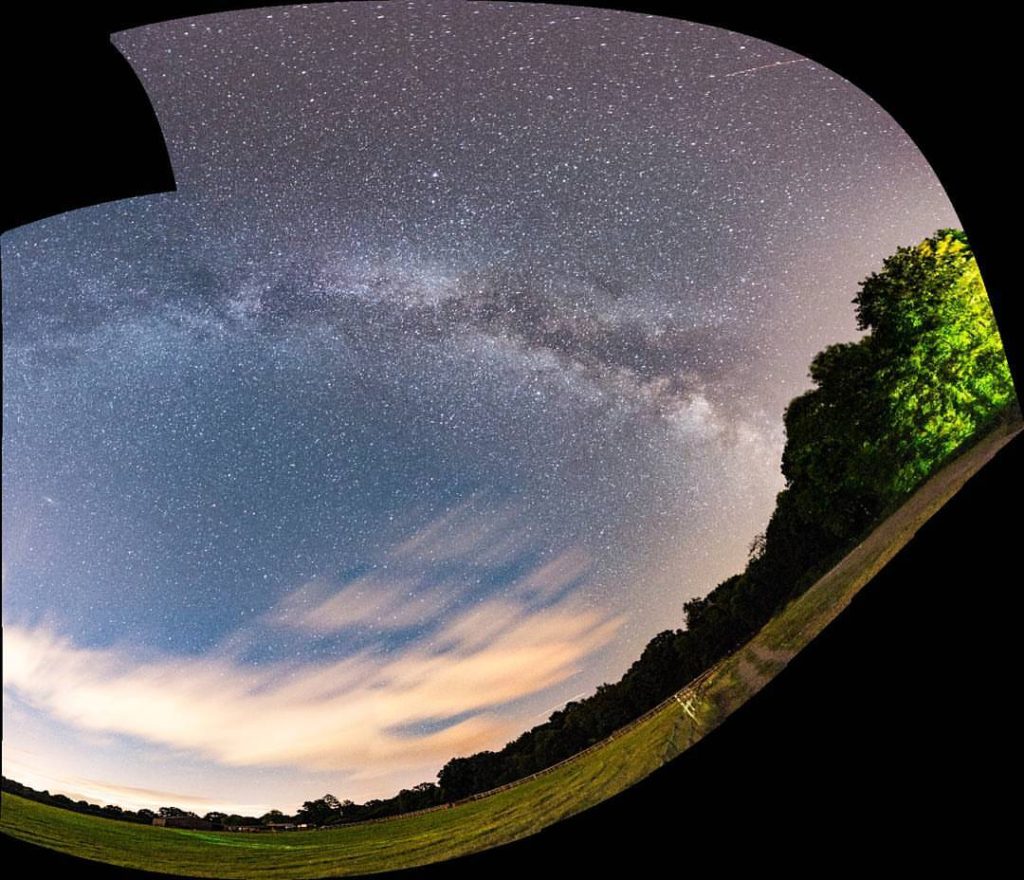 Every shoot in any genre is a learning experience, but nothing is harder for me right now than Milkway! Purely because I struggle to find time within my personal life to match up with the ideal conditions!

Last night was not ideal by any means, but it will do for now as I got Weddings this weekend and next week the Moon will be up. So gotta make do with what you have!