I am titling this review as “Quick Review” as I did not get to test all its features.

The Sony RX10 II is a bridge style camera which sits between a pocketable point and shoot and a DSLR.

Having the form factor of a DSLR, but a fixed lens and smaller sensor. The smaller sensor allows for a longer effective focal range.

This camera in particular is jam PACKED with features and I personally on managed to test the ones that I personally cared for, so without further ado, lets get to it!

The camera is of similar form factor to a small DSLR and is made up of a weather sealed magnesium alloy body.

In the hands it feels great! It’s not overbearing but feels very capable. Weight distribution felt a tiny bit front heavy, but that’s not a criticism against the camera, just obviously the lens elements are at the front and they carry a bit of weight. 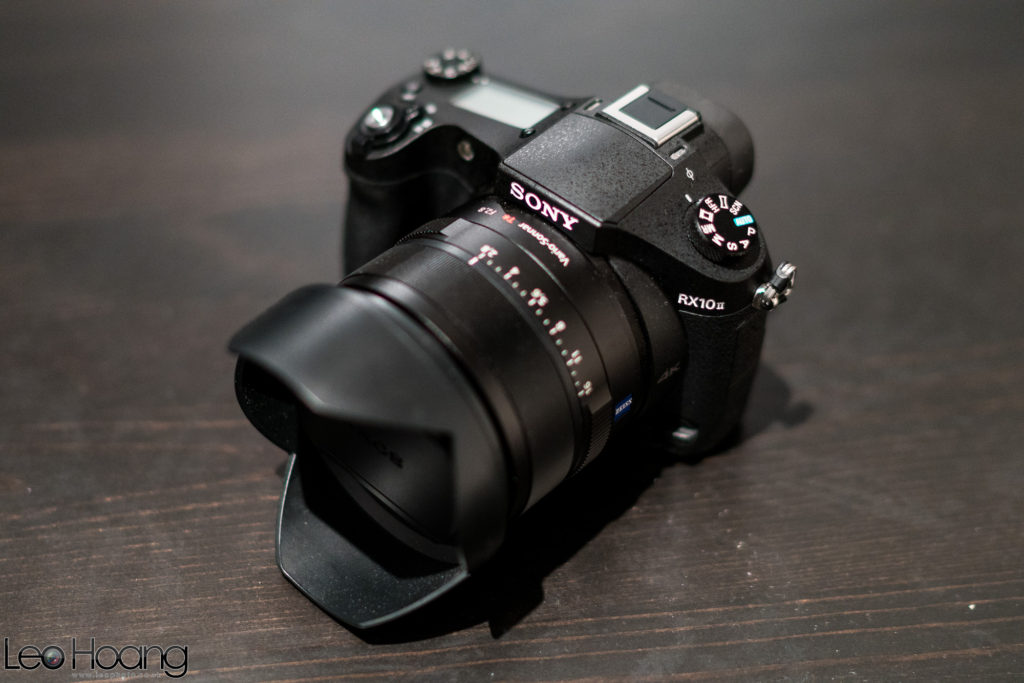 The screen moves in the same manor as the older Sony RX100M2 or Sony A7 II Generation. So it doesn’t fully flip to the front, but has an angle suitable for low/high angle shooting. 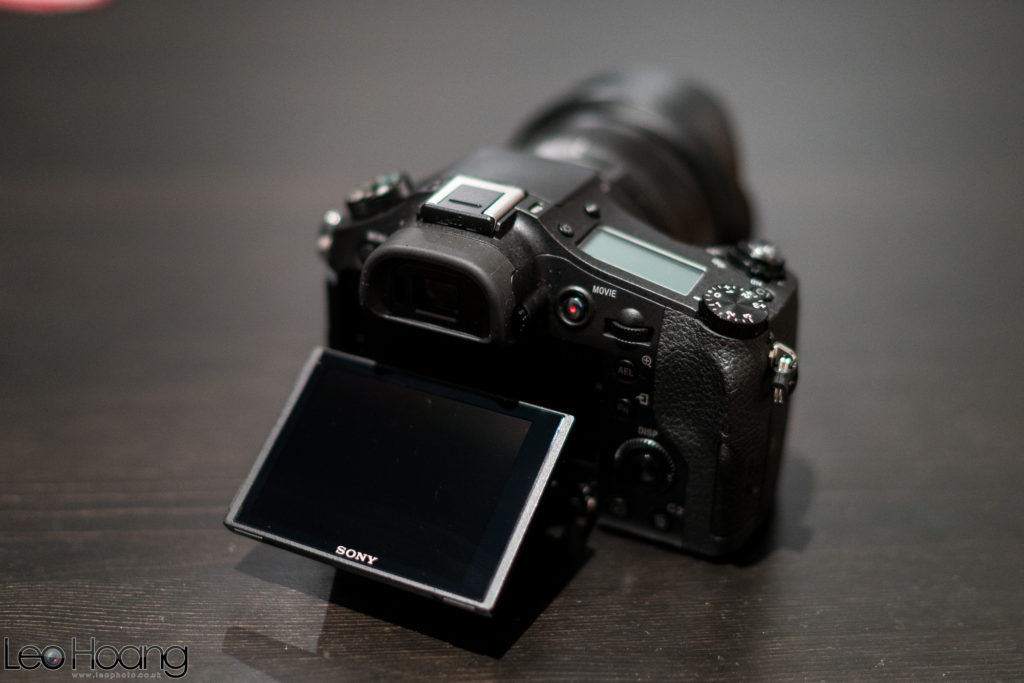 Weighing in at 813g, it’s not a very heavy camera considering its overall size and functionality. 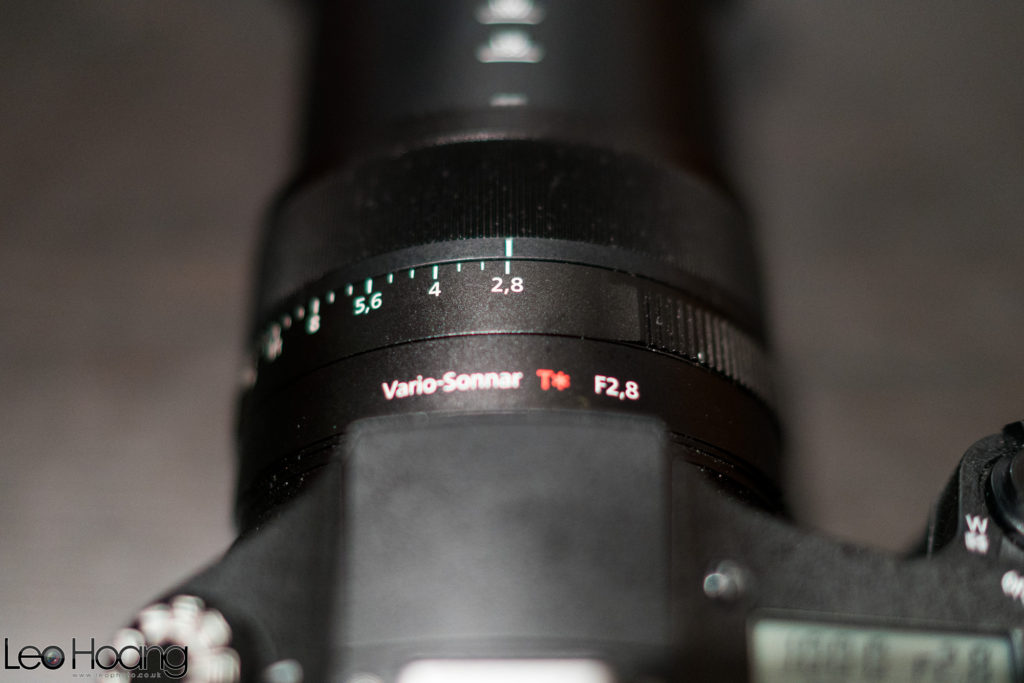 The fixed lens features an aperture ring which is capable of being de-clicked for smooth exposure changes for videography. 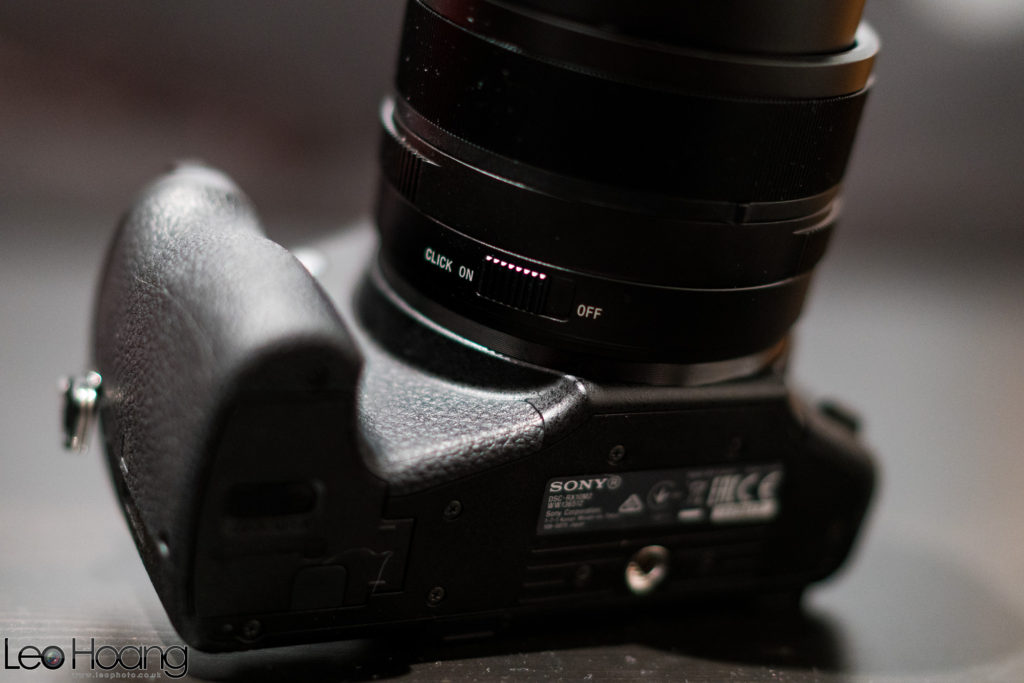 I am personally a photographer, so I left the click set to “On”. I did have a little play around with it off and it does work very smoothly. However as a photographer, I prefer to know for sure what aperture I’m shooting at whilst changing on the fly. So feeling the 1/3stop clicks is important to me.

The lens at 24mm* is extended a little from when the camera is powered off and when zoomed out to 200mm* it extends quite a lot from the camera body. 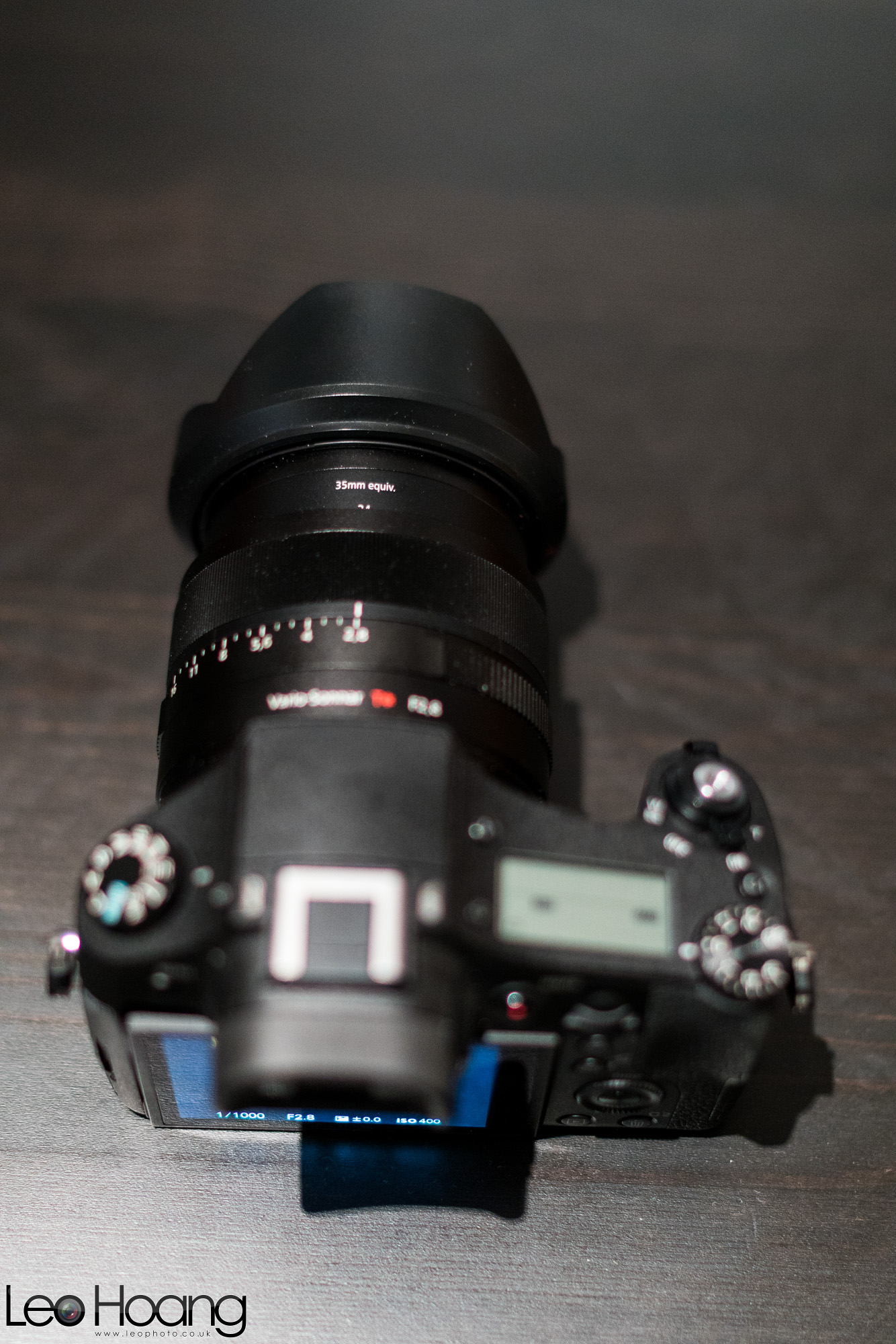 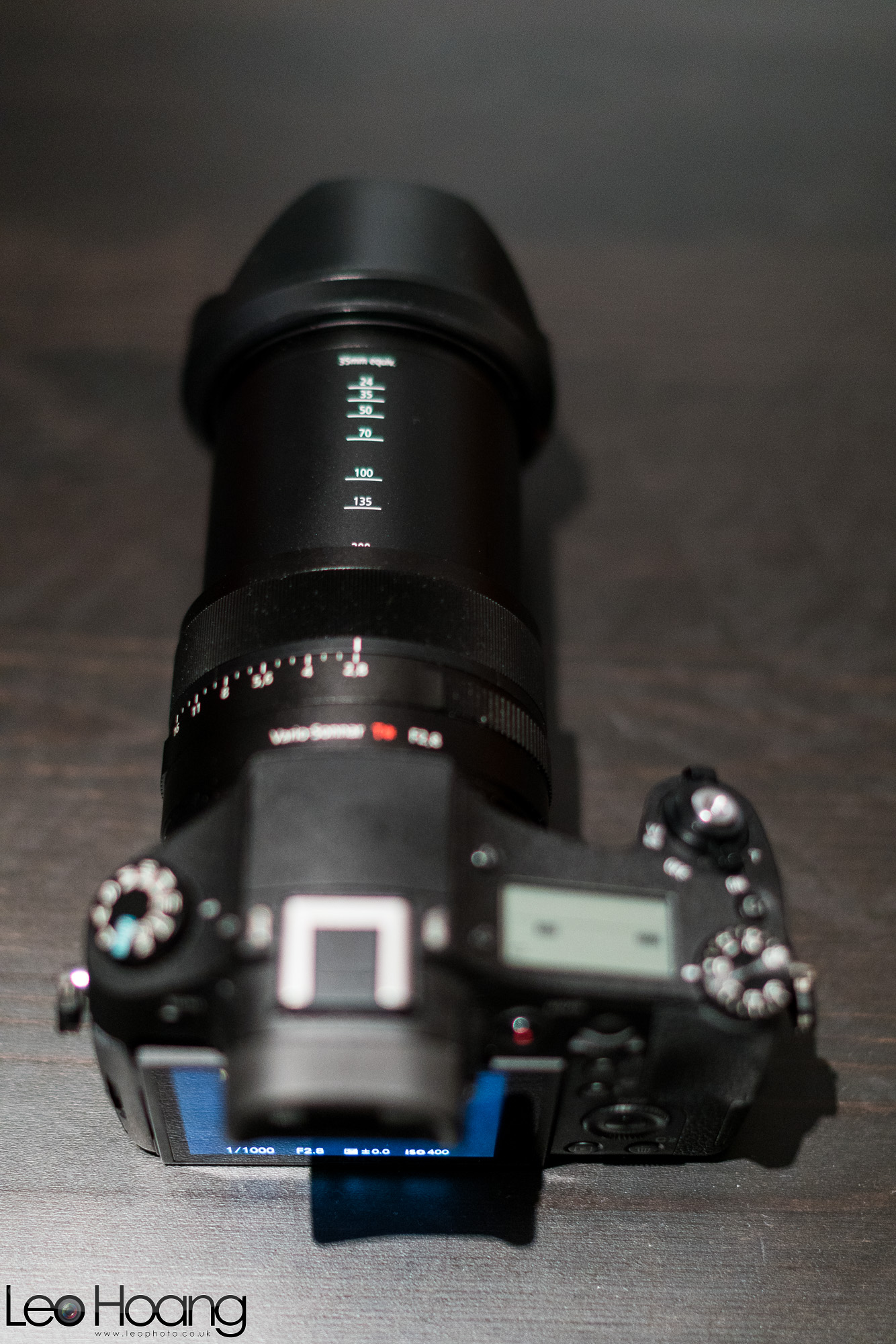 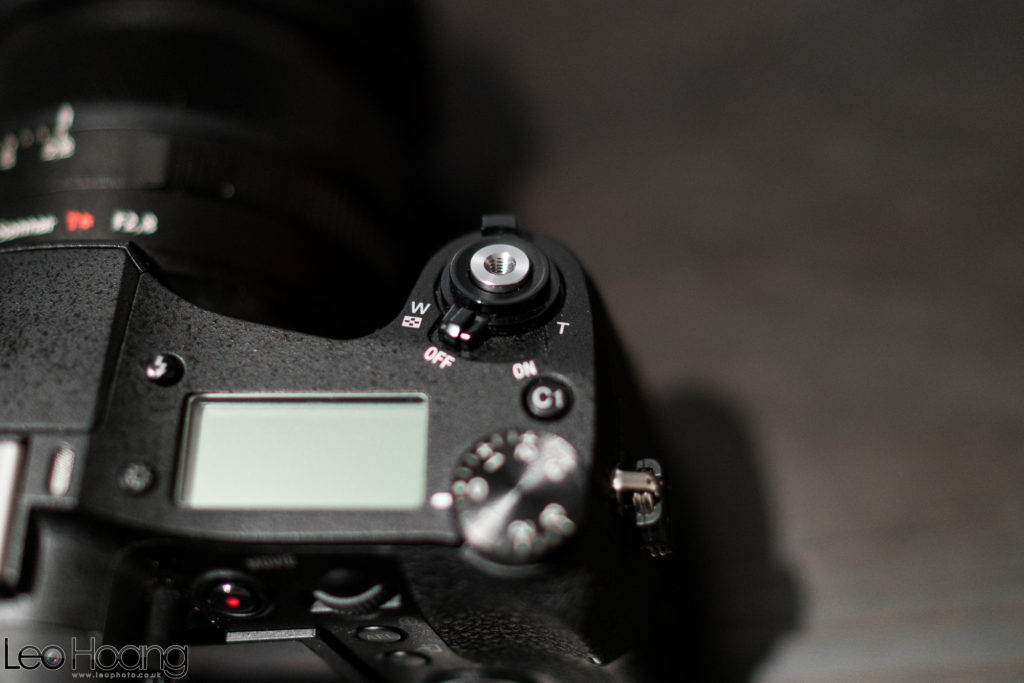 The camera also features a threaded shutter release as well as a top LCD Panel to show your exposures. A feature I have actually missed when shooting my Sony A7RII. I’m quite familiar with shooting Nikon DSLR’s and this panel can be quite handy to have. 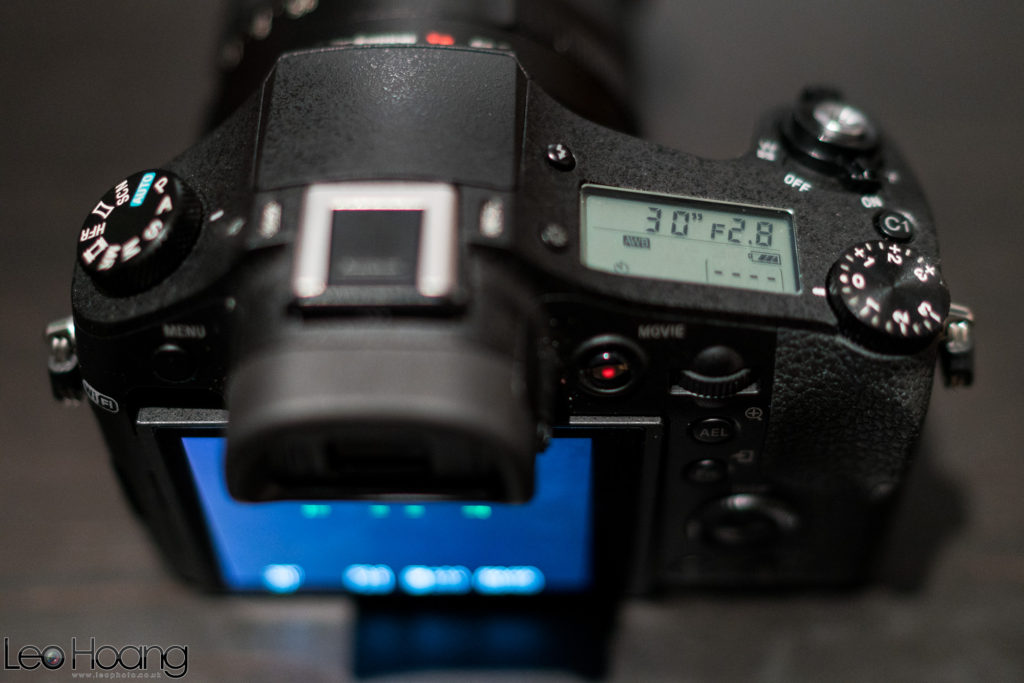 There is an available pop-up flash, however it’s not the same type which is found on the RX100 line where you could flip up 90* to bounce off the ceiling. So I never used this flash and instead I utilised the hot-shoe with my Godox TT350s. 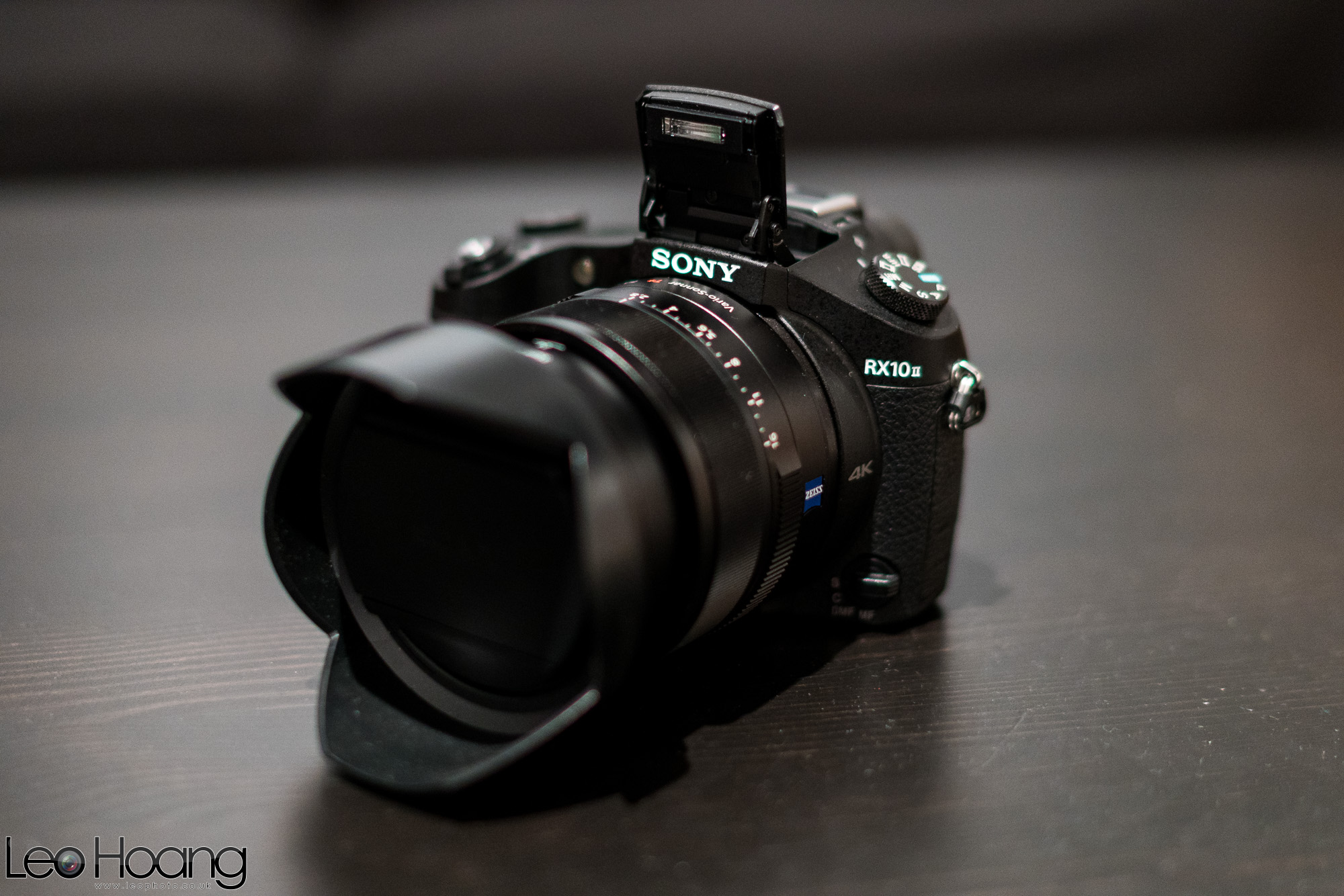 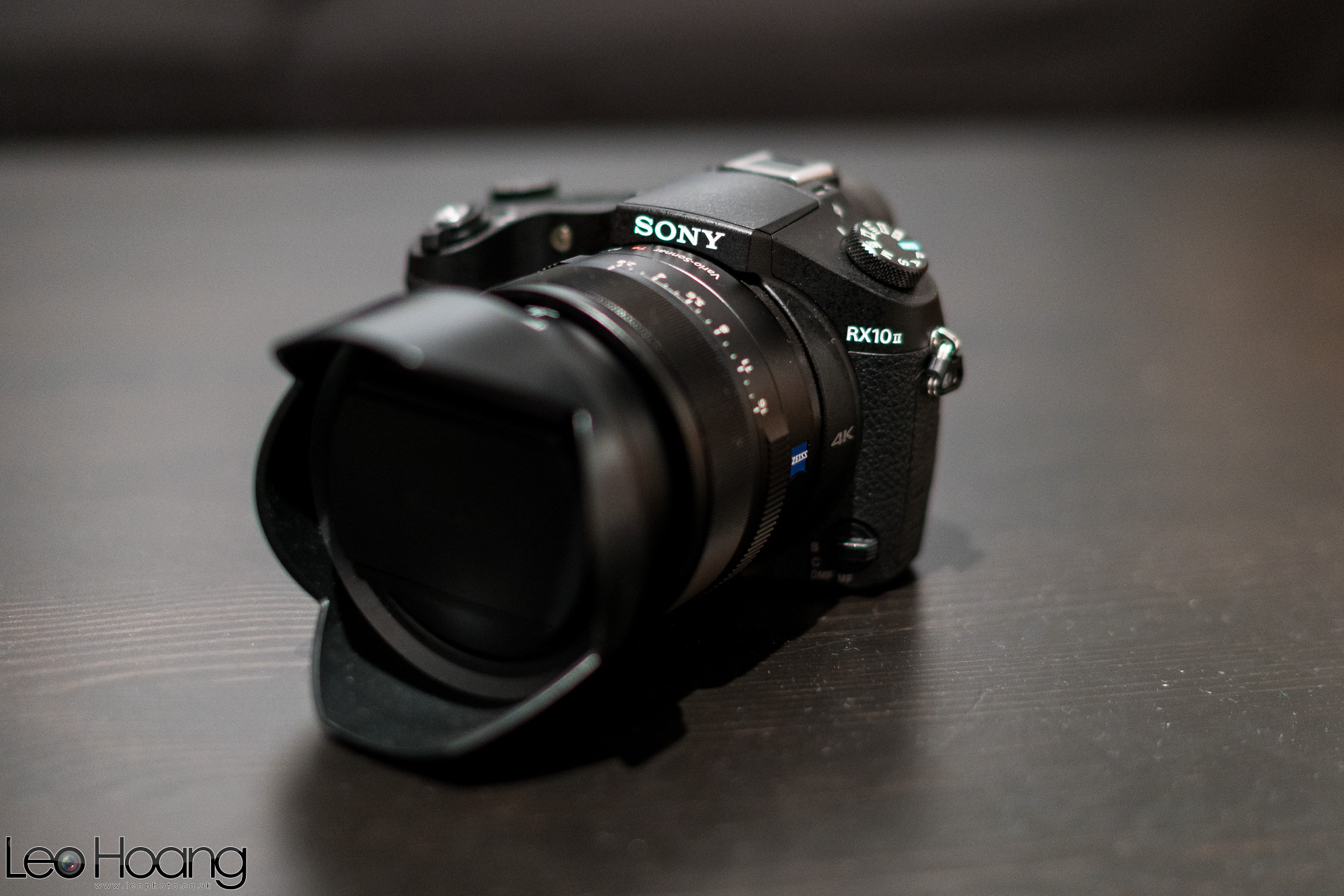 The cameras features for which I most was interested in were the slow-motion options, 4k video, and long focal range.

The focal range is an effective 24-200mm* (35mm equivalent) and the lens seemed to be sharp all the way through. 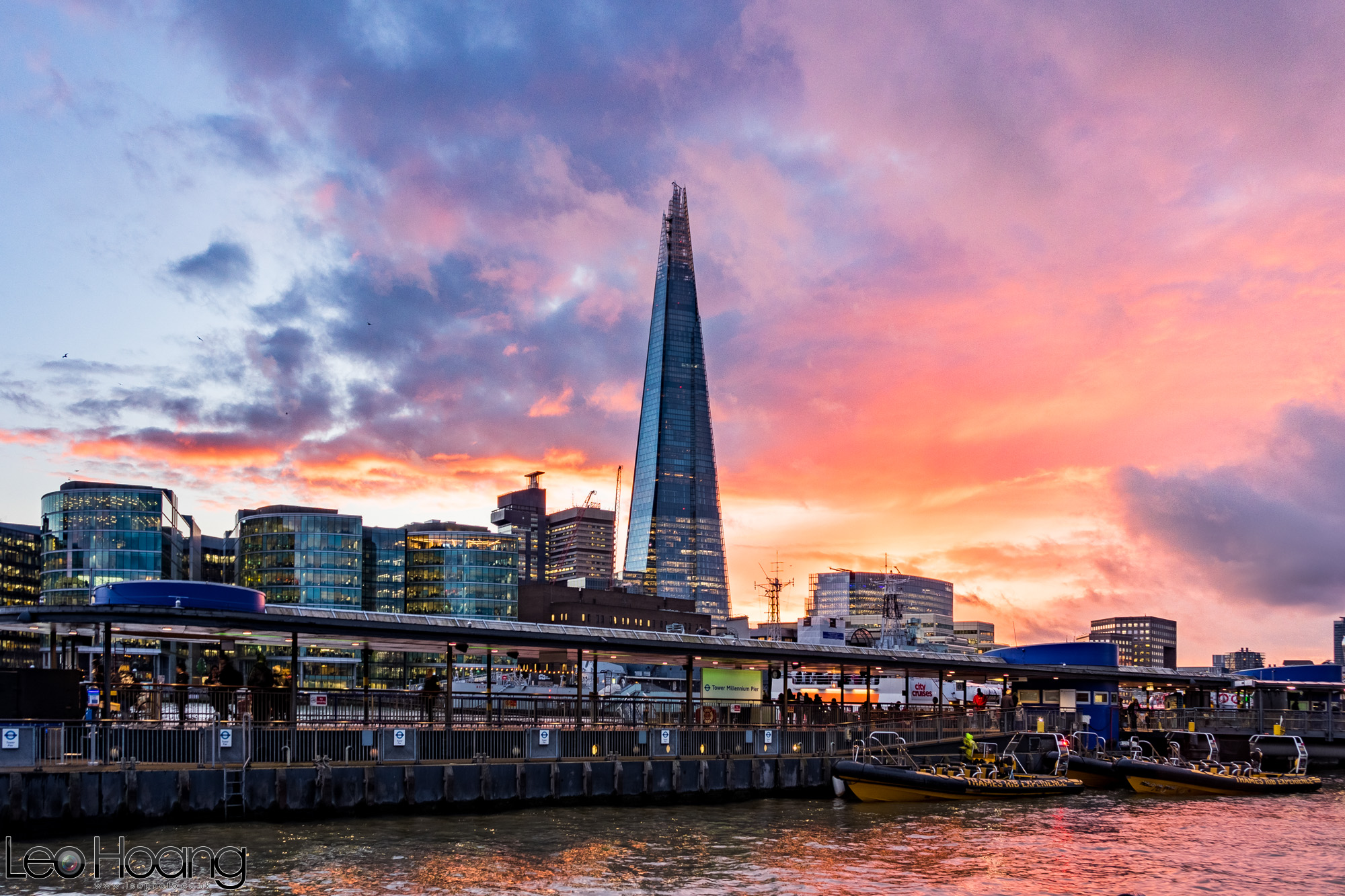 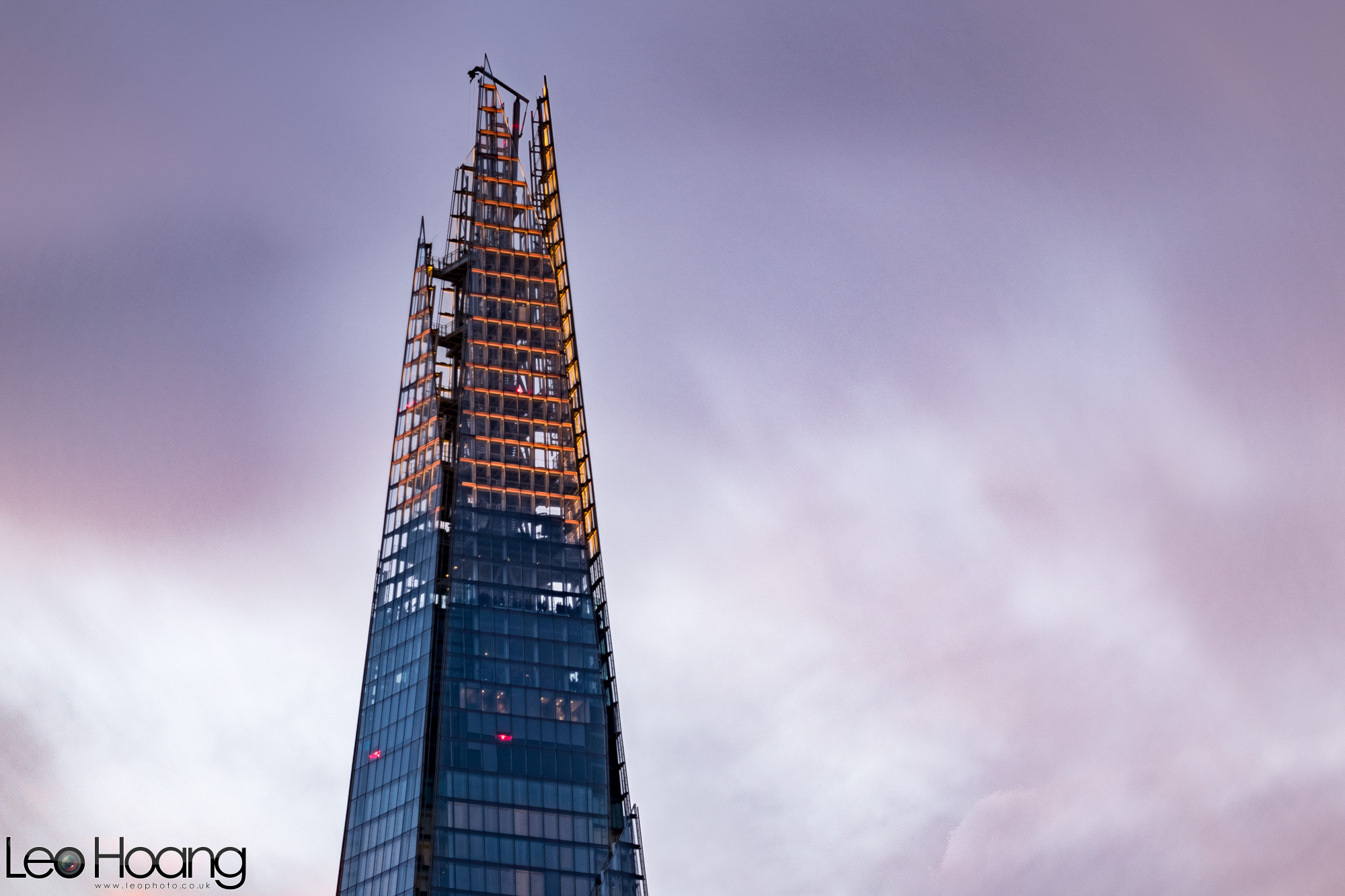 The 4K video is simply stunning. Shooting in the XAVCS Codec, we’re getting a 100mbps file in 3840×2160 and the video does look crisp. Coupled together with the build in ND filter, constant f/2.8 aperture and long zoom range, this is a killer camera for video!

Unfortunately I only have home video footage so I will not be sharing any video samples. However, there are plenty on YouTube and I can personally vouch for it and say the 4k footage is stunning.

The Slow-Motion footage is also very impressive. Seeing birds take off in flight in slow-motion is beautiful. However the 1000fps/960fps slow-motion looks great because it’s so slow, but the picture quality itself is awful! 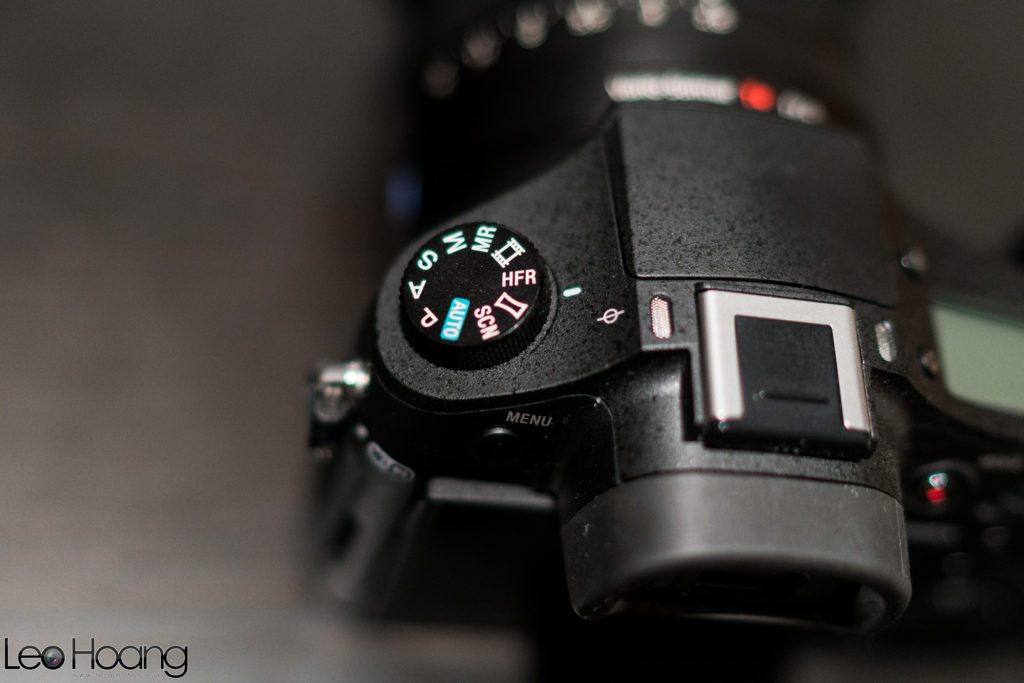 My friend Kang and I failed to do the Mentos and Coke challenge, so we just got a bottle of mineral water and squirted it out of the sports cap lid! 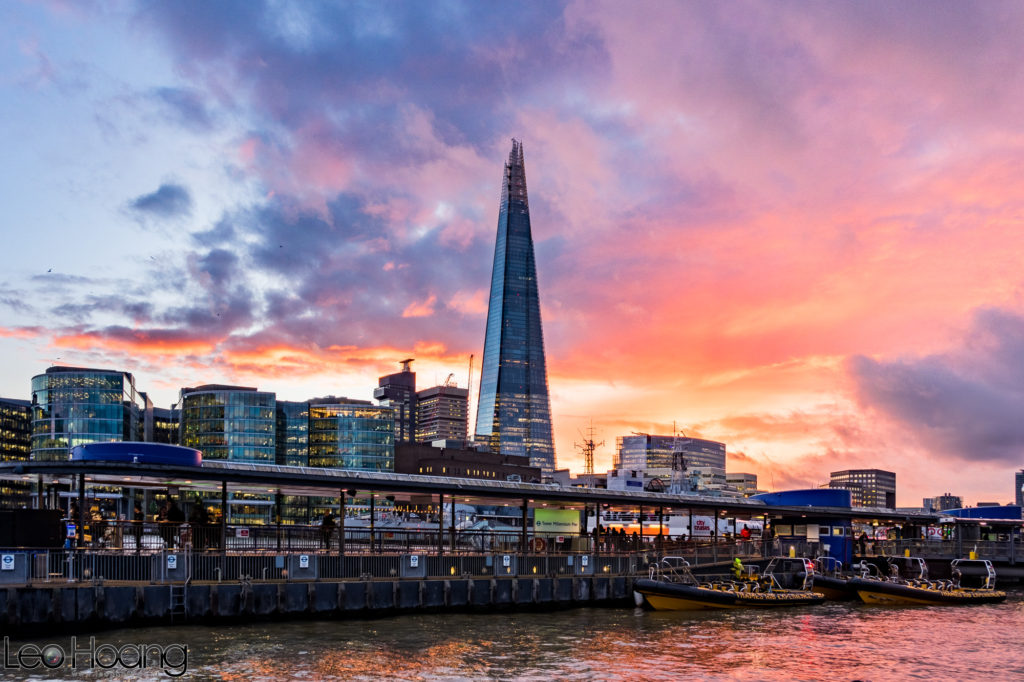 The image shown above was a semi-impulse shoot. I had a wedding meeting with a client not far from here and as I was also carrying sample albums, I did not want to carry heavy kit with me so I had the Sony RX10 II and a Manfrotto PIXI Mini Tripod.

However, the camera with single exposure files has great dynamic range as it stands. 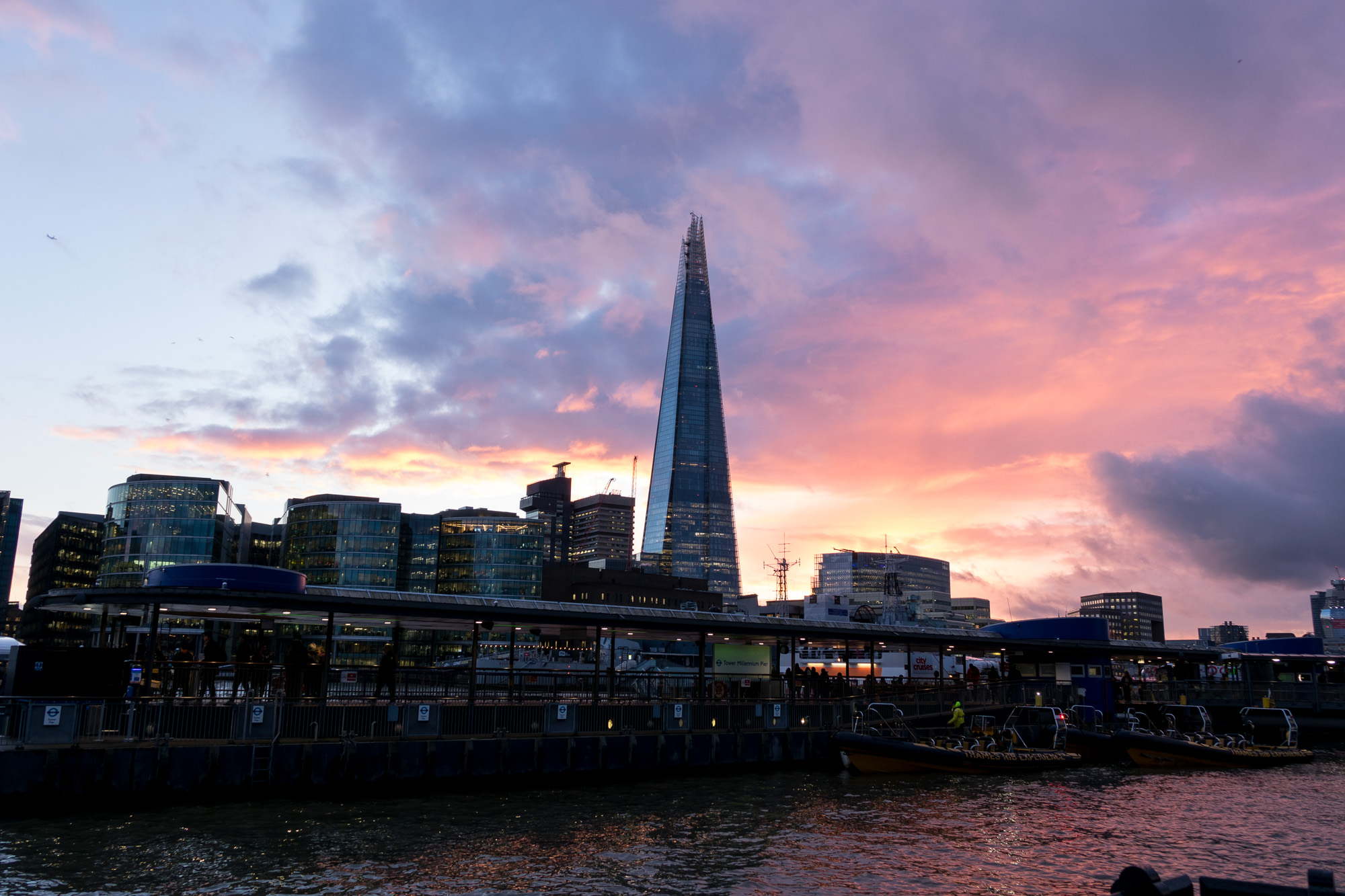 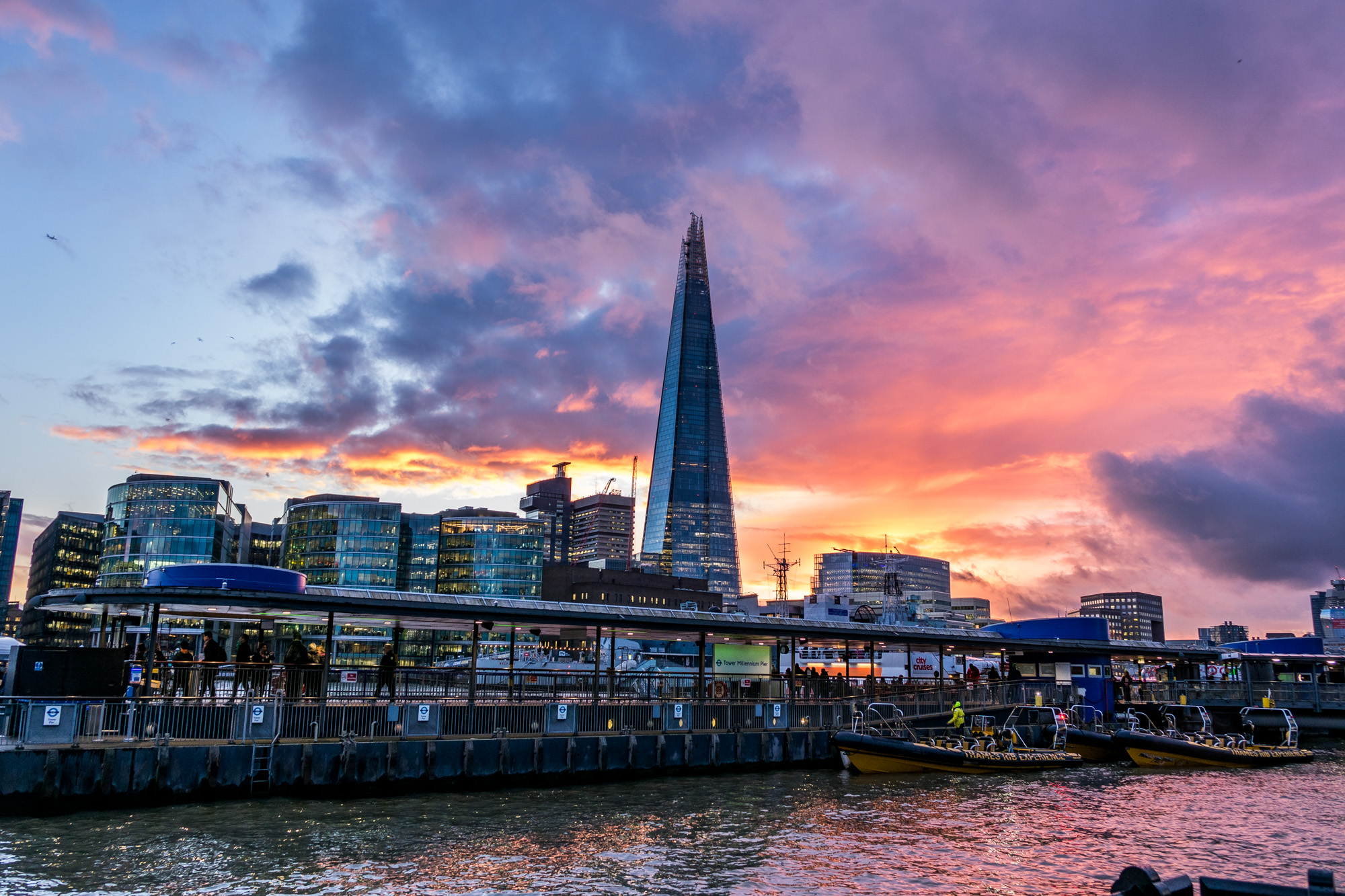 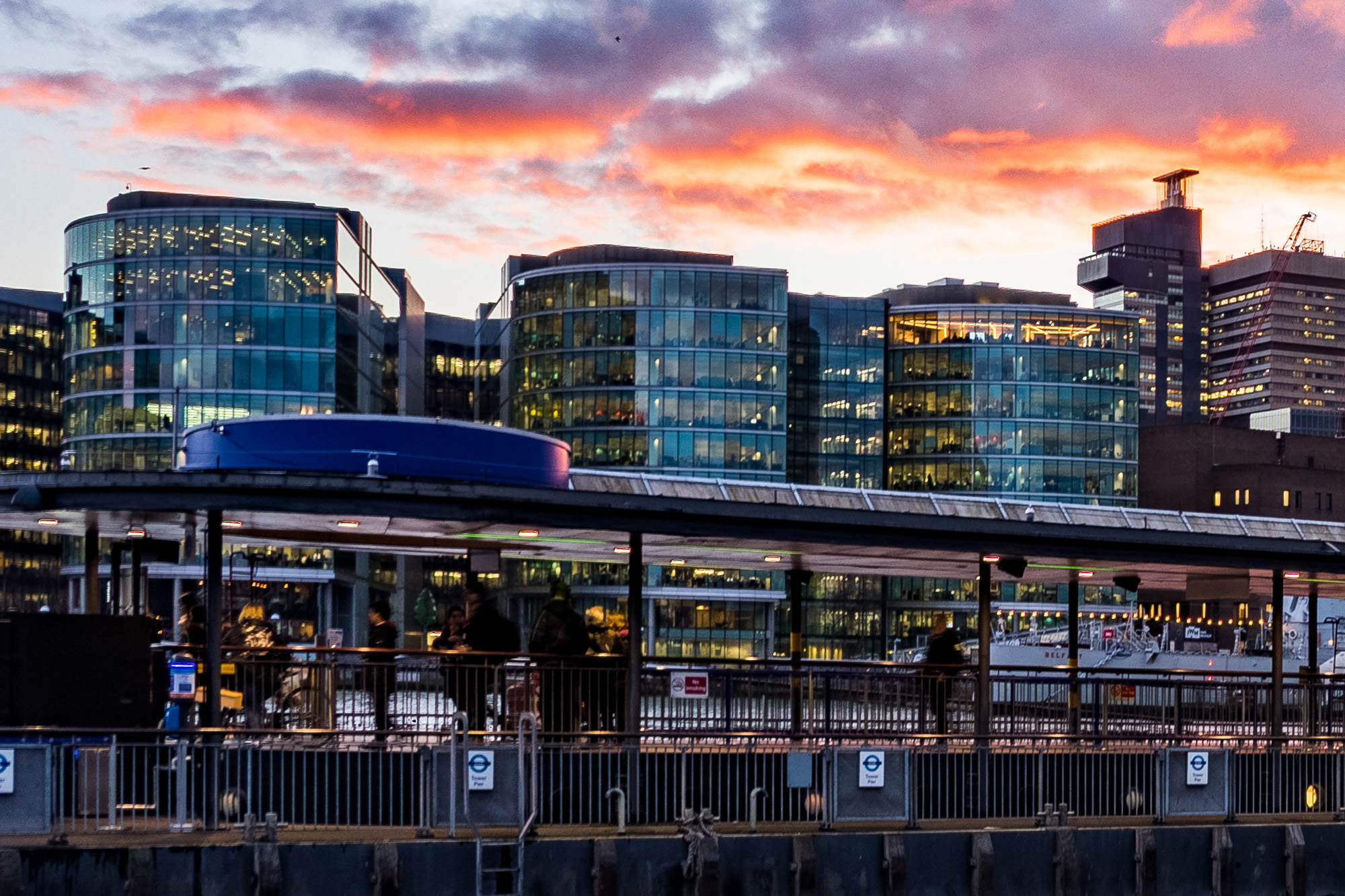 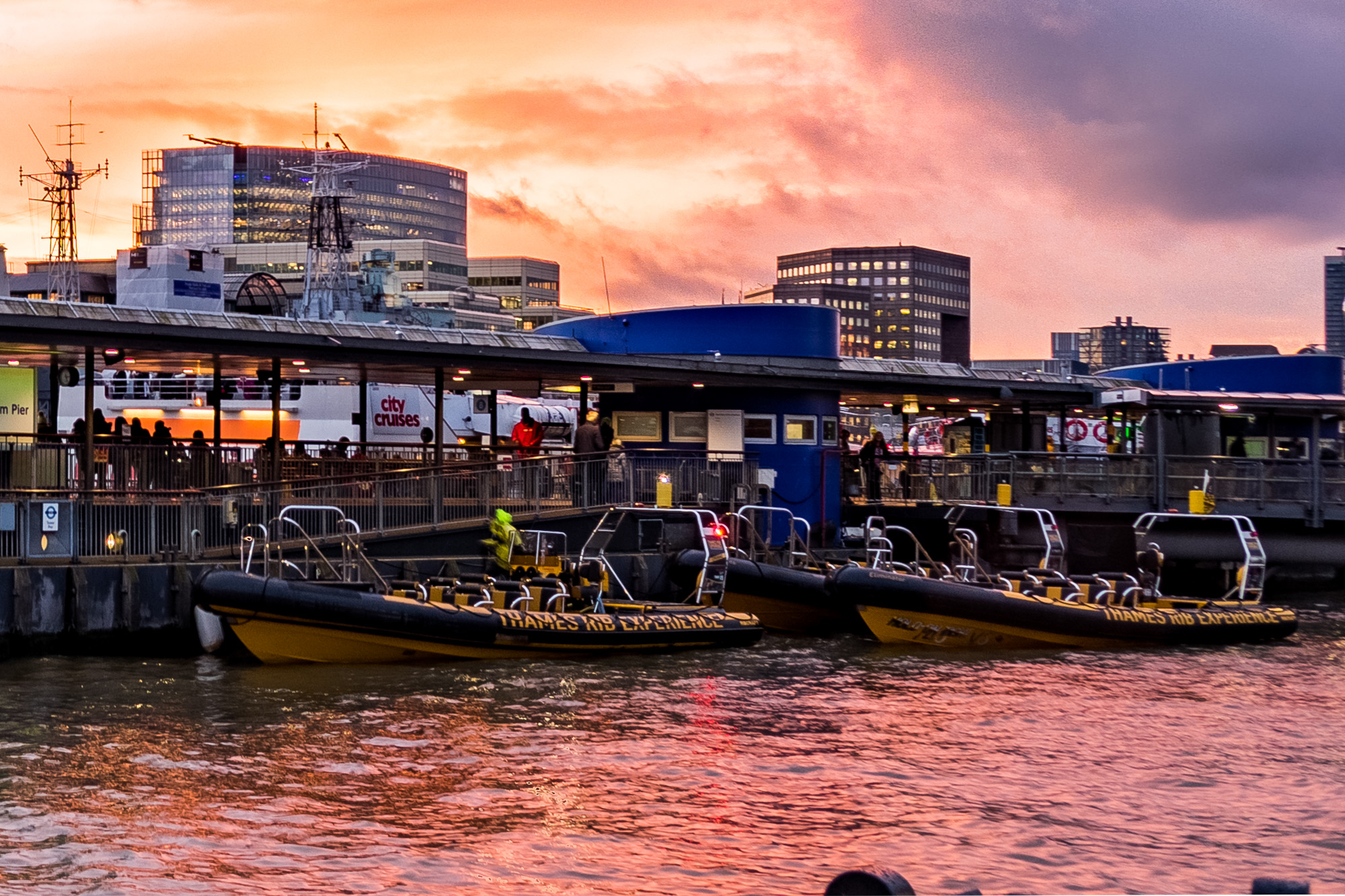 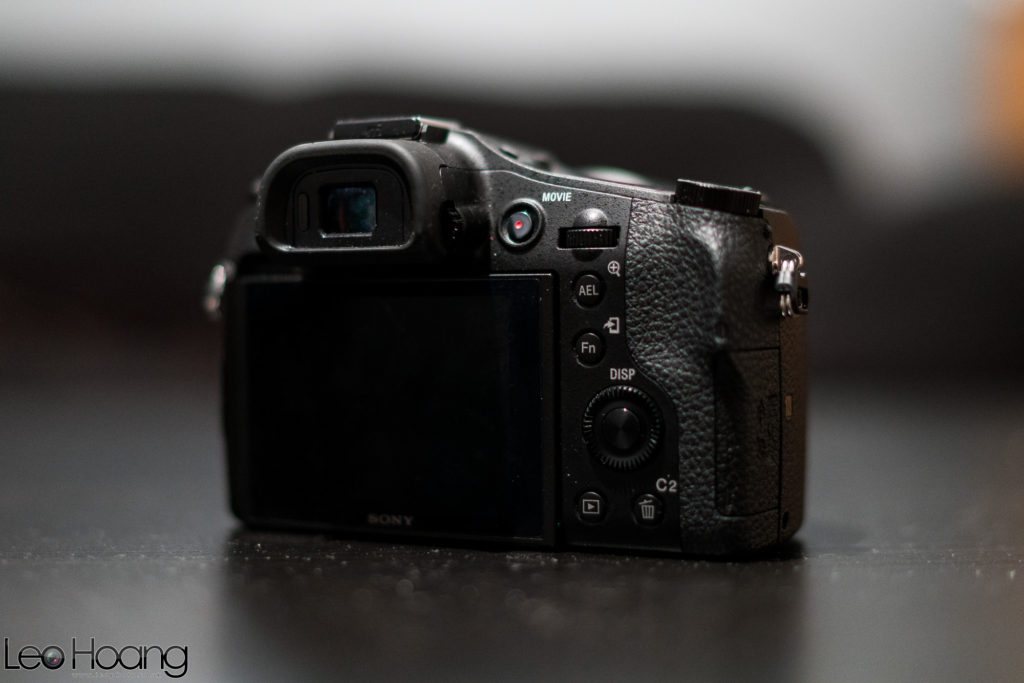 This section is very subjective as your hands are different to mine, however I found no issues using this camera.

I have gotten used to using the Sony Rx100 as well as Sony A7II line so handing this camera was second nature.

There are a lot of criticisms with the Sony system with their button placement and menu system, however I’ve found with time you can get used to them.

Overall I have found it very usable, but as this is personal preference I do encourage you test for yourself.

The Sony RX10 II is a stunning piece of kit! I personally do want one, however that’s not saying much as I want a lot of things!

I am choosing not to buy one however, as I do own a lot of kit which can do basically the same things.

Do I think the camera is worth the money? Definitely…

It’s just for my usage and current gear I own, it wouldn’t add much value to my life.

I do feel though, this is the perfect holiday camera. Great for landscapes, can do telephoto to capture far off subjects and more flattering perspective for portraits. You can get shallow DOF type shots. It does great 4k video with amazing video features such as the built in ND and Slog.

This camera is truly a stunning camera.

However, for me personally I won’t be taking the plunge on the mark 2. If I do invest into the RX10 line, it will be with the Sony RX10M3 as the lens extends longer and although the built in ND has been removed, I can always add one to the front.

But this choice is only because I own a lot of lenses and camera bodies across Sony and Nikon. 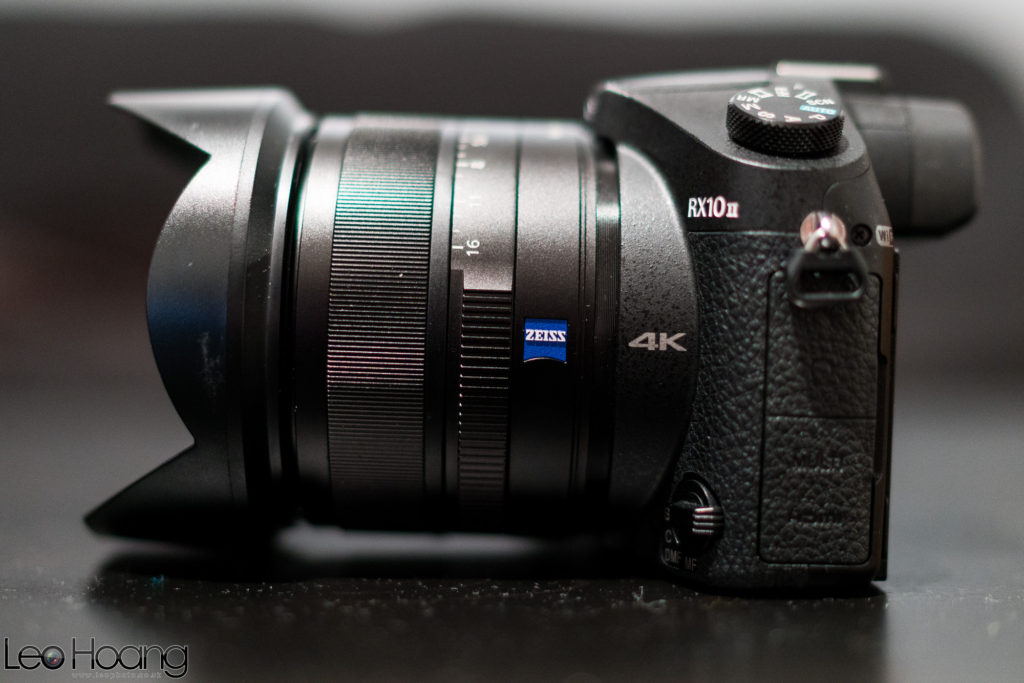 The Sony RX10 II is still definitely a solid choice and anyone considering I would easily recommend it!