New Software That Can Create Animated GIF’s From A Single JPEG! [Plotagraph Summary]

I published my first Cinemagraph/GIF just over a month ago.

I created it via a quick 20min Timelapse shot from the view at Victoria Peak, Hong Kong.

Click Here to see it live and feel free to share the GIF with credit to my site/blog.

Creating this cinemagraph was time consuming as I spent 20min making sure I had some decent motion for my timelapse, creating the timelapse itself, then making it into a looping GIF, so when I saw the headline on PetaPixel for a new software that can create an animated GIF from a single JPEG, I was very curious.

Check out the YouTube video for a quick demonstration of the software by Trey Ratcliffe.

This software has been used by large companies such as Coca-Cola, Chevrolet, Pepsi and AirBnb which to me is incredibly impressive.

After seeing the examples of what this software can do, I was pretty excited and wanted to try it out on a few of my landscape/cityscape shots!

I headed straight to the Plotagraph Pro website and I was stunned at the ‘introductory’ price.

$299 for one year access plus 10Gb of online storage is a shocking amount of money. 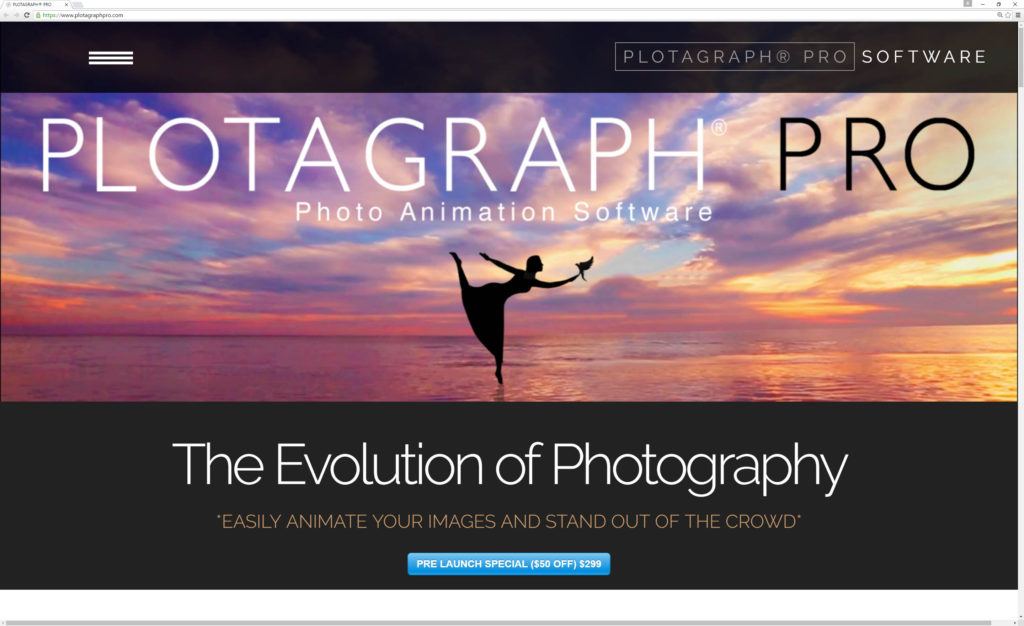 I can see large companies having the budget for this and maybe Plotagraph Pro should really focus its attention on attaining sales to large corporations with a larger budget. With their attention being focused on larger corporations they could probably ask for more money also!

But to sell to the consumer, $299 is a very big ask for a one trick pony software and its even a bigger ask when you’re limited to only 1yrs usage.

The 10Gb online storage is a nice bonus, however what happens to this online storage when your software license expires? Would we have to keep paying out for this service? 10Gb storage in the grand scheme of things is not that much when consider that Amazon Prime is £79 a year and comes with unlimited photo cloud storage as well as their faster delivery service, music and video streaming.

I saw within the comments section of the PetaPixel article and on their facebook post, I’m not the only one who thought it is too expensive.

I am very aware software development is expensive and I’m sure the Plotagraph would like to make their money back. However, I do think they would have stood a better chance if they were selling the software closer to the £30 ($40) mark as they could have made their money through volume of sales. The more they sold, the more people would have used the software and then naturally the further their brand could have been marketed.

They also wouldn’t even need to include the cloud storage as I know I personally wouldn’t bother storing 10Gb in one place, whilst already having cloud storage on other sites such as Amazon Prime and DropBox.

I don’t believe this software is essential for most photographers, however I do believe people would pay for it to have a little fun! I personally was prepared to shell out a little cash for it, but at $299 for one year, I can’t justify it! As impressive as this software is, I have to pass on this occasion.

Worth noting that $299 is the introductory price, so if you still would consider paying around this figure for it, do it quick before it jumps up to its normal price of $349.

Check out the original article on PetaPixel to read more and for a stunning example of Trey Ratcliffe’s shot in Dubai.

Will you be purchasing this software and what do you think of it’s price?