I am a little overdue with writing up about my recent shoots. This month has been incredibly busy within my personal and professional life.

I have actually been meaning to write up a blog post about an earlier shoot I had done with Constructive Space, however this shoot was done back in April so it will no longer qualify as a “Recent Shoot”.

However, lets get to discussing the more recent shoot I had done for Constructive Space at Hoegh Capital Partners.

Since I am basically skipping over blogging about my first shoot with Constructive Space, its worth noting that I had met Nick through my sister, as she used to work for him a few years back. The first time I had met Nick, he did leave a lasting impression on me as he just seemed to have boundless energy.

We kept in touch via LinkedIn over the years and Nick reached out to me once he discovered I am now a photographer as he needed some professional photos for a few of his recent projects.

His most recent project which he got me involved in was for Hoegh Capital Partners in High Street Kensington. Constructive Space had recently done a refurbishment of their offices and they needed photographs for their case study for this project. 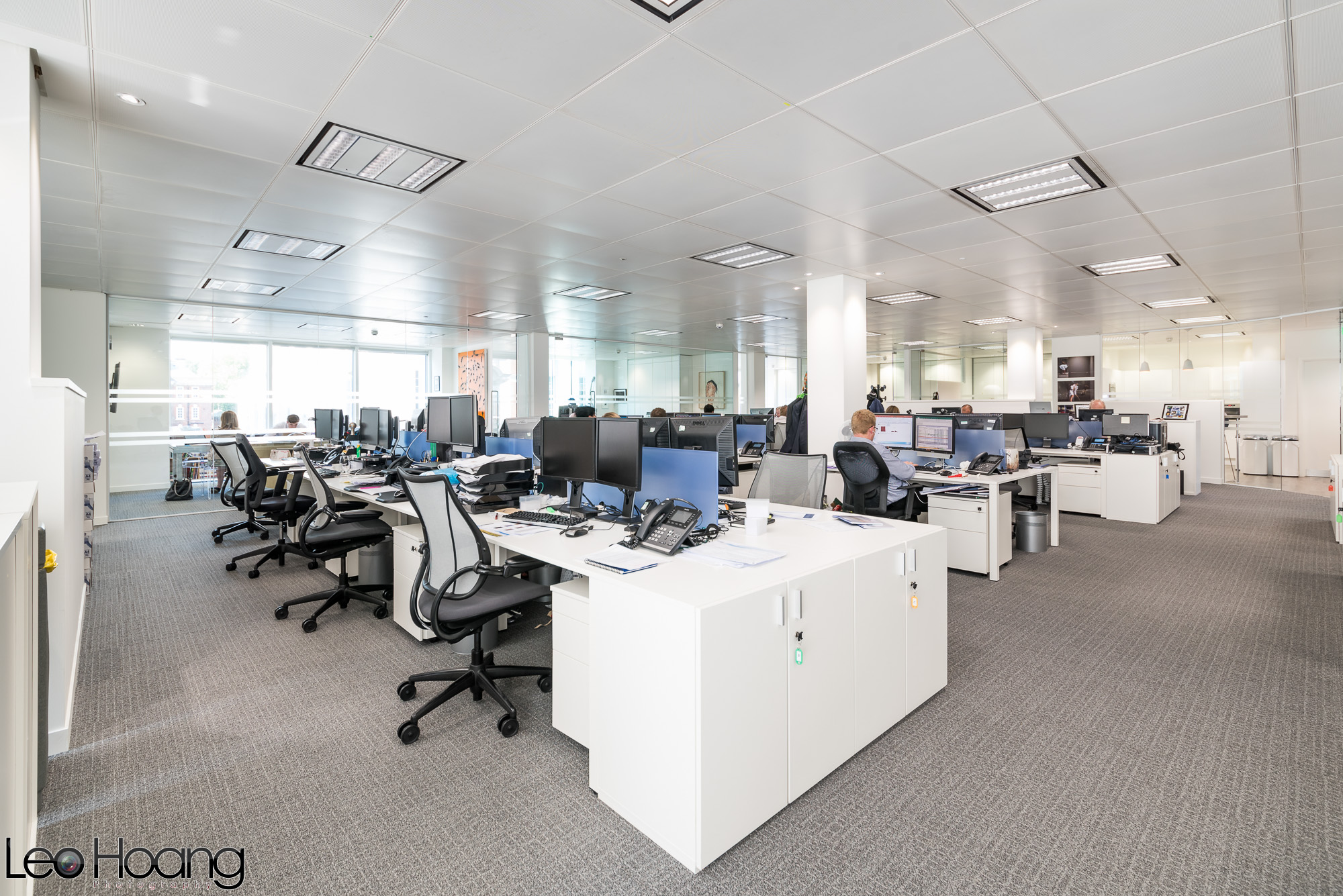 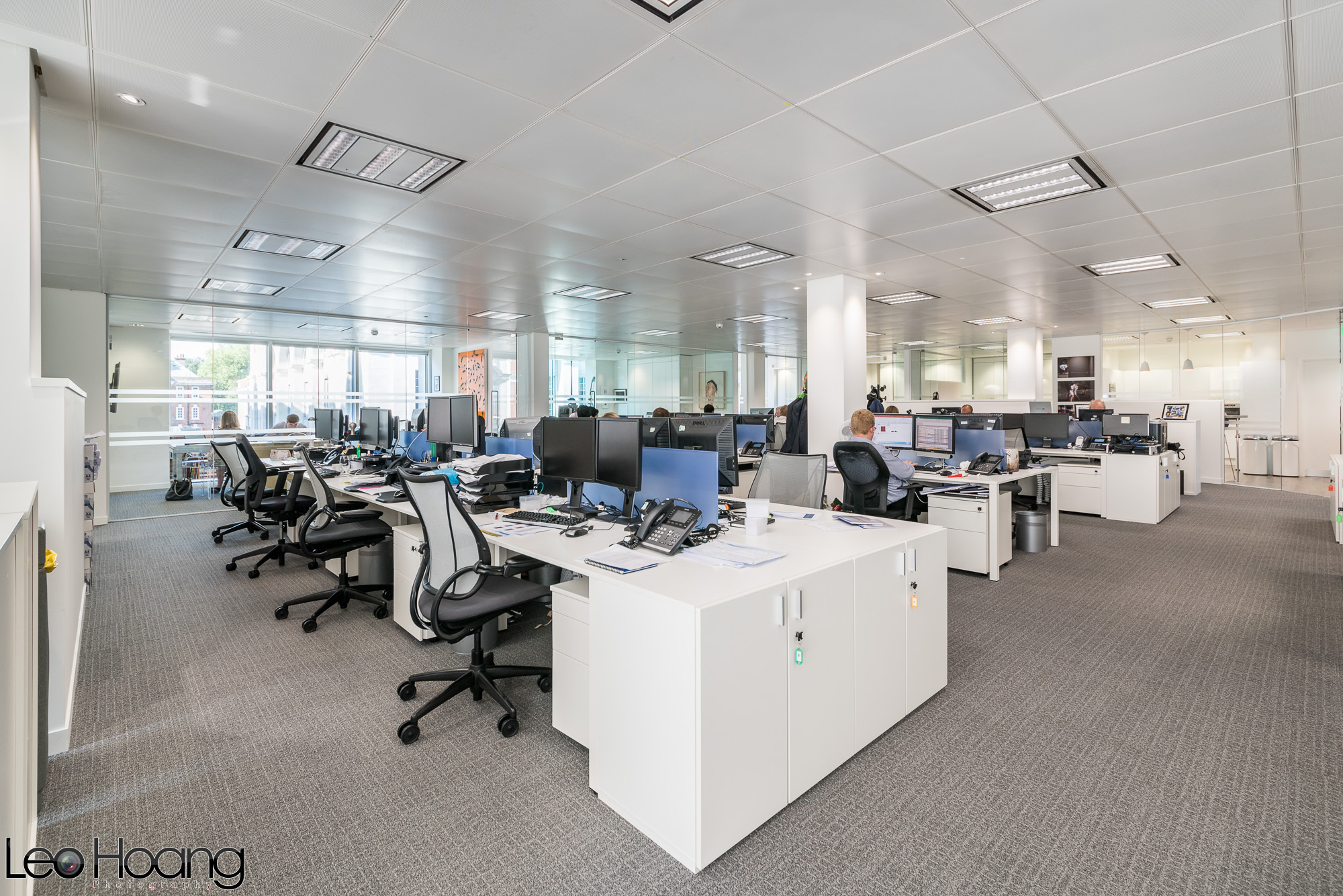 The challenge I faced with this shoot was the fact the offices were currently in operation. The team at Hoegh Capital Partners were hard at work and the last thing they would want is a flash popping off randomly around the room. Thankfully the offices were well lit, so I was able to capture the photos with ambient light only, however there was a strong sunlight beaming through the windows which offset the dynamic range. This meant I had to bracket the shots and merge in Lightroom. 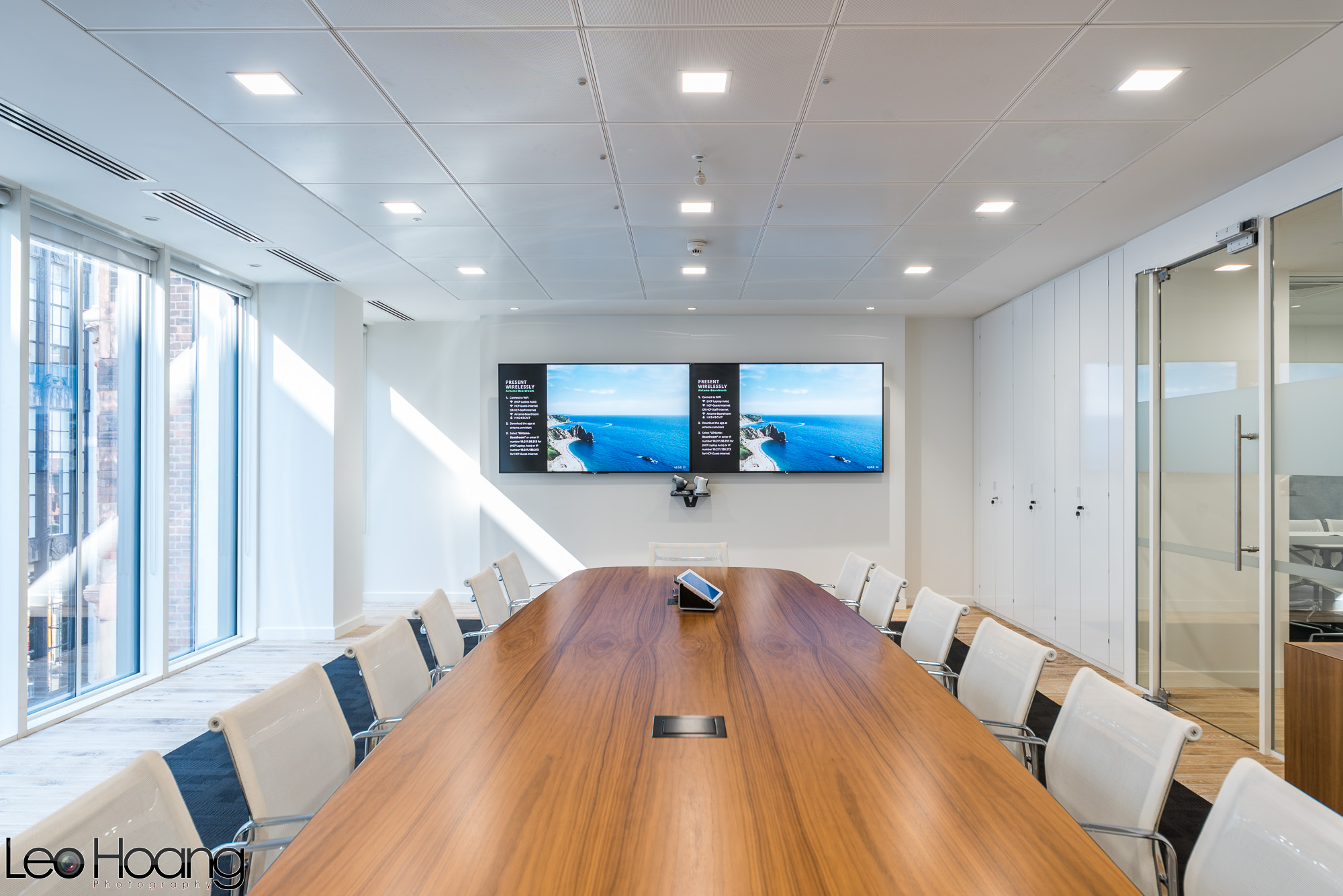 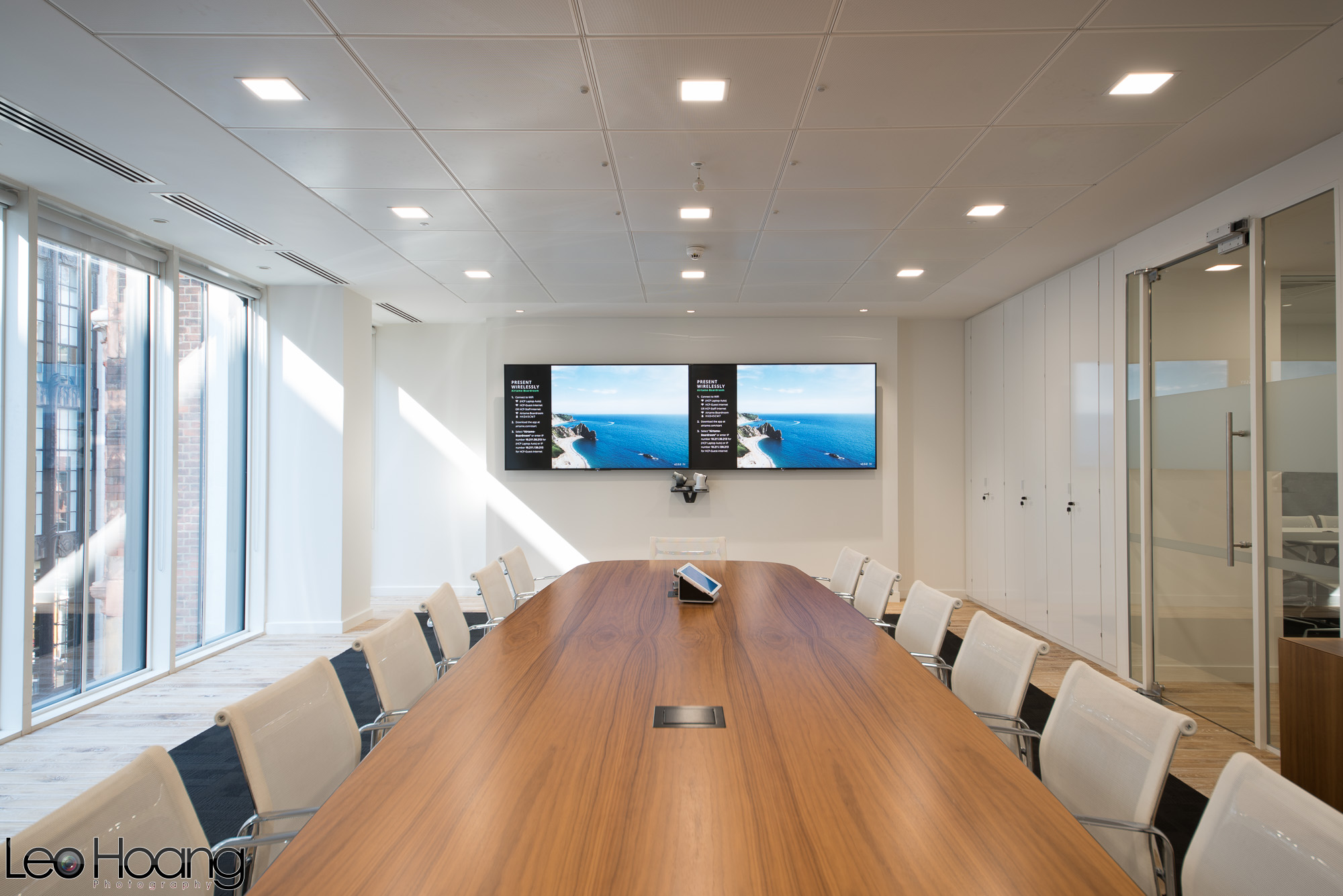 As the lighting was evenly spread within the interiors, any room without strong window light was a breeze to photograph. I did bracket the photos +/-2 Stops incase of any blown out highlights, but majority of them were recoverable via the single RAW file. 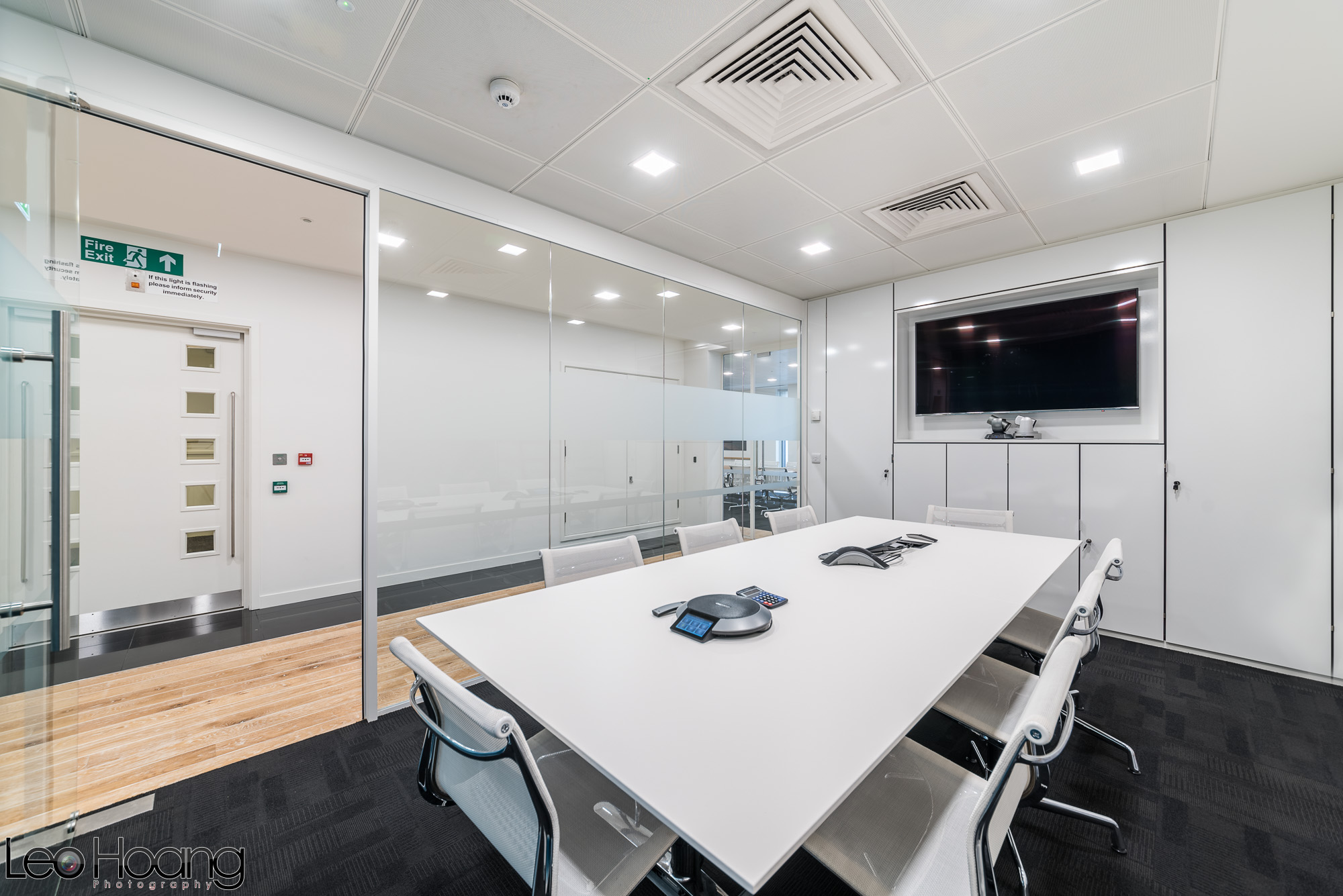 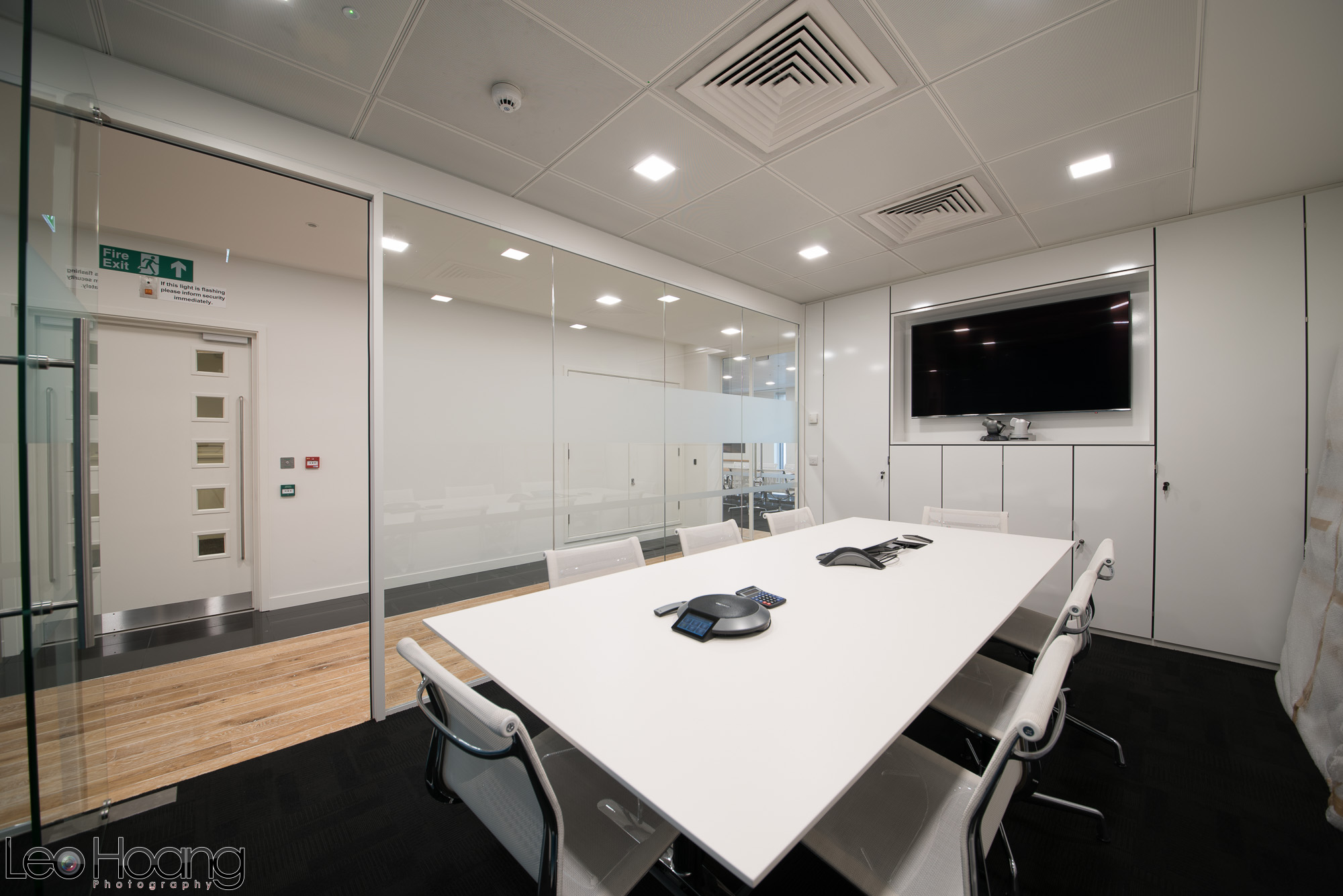 Most of the meeting rooms were empty and presentable, however there was a large piece of artwork resting against the wall in the second largest meeting room. To avoid this in the shot, I had to photograph facing away from the artwork to minimise the obstruction, however this was not completely avoidable and did require a little photoshopping to clone out the artwork on the bottom right corner. 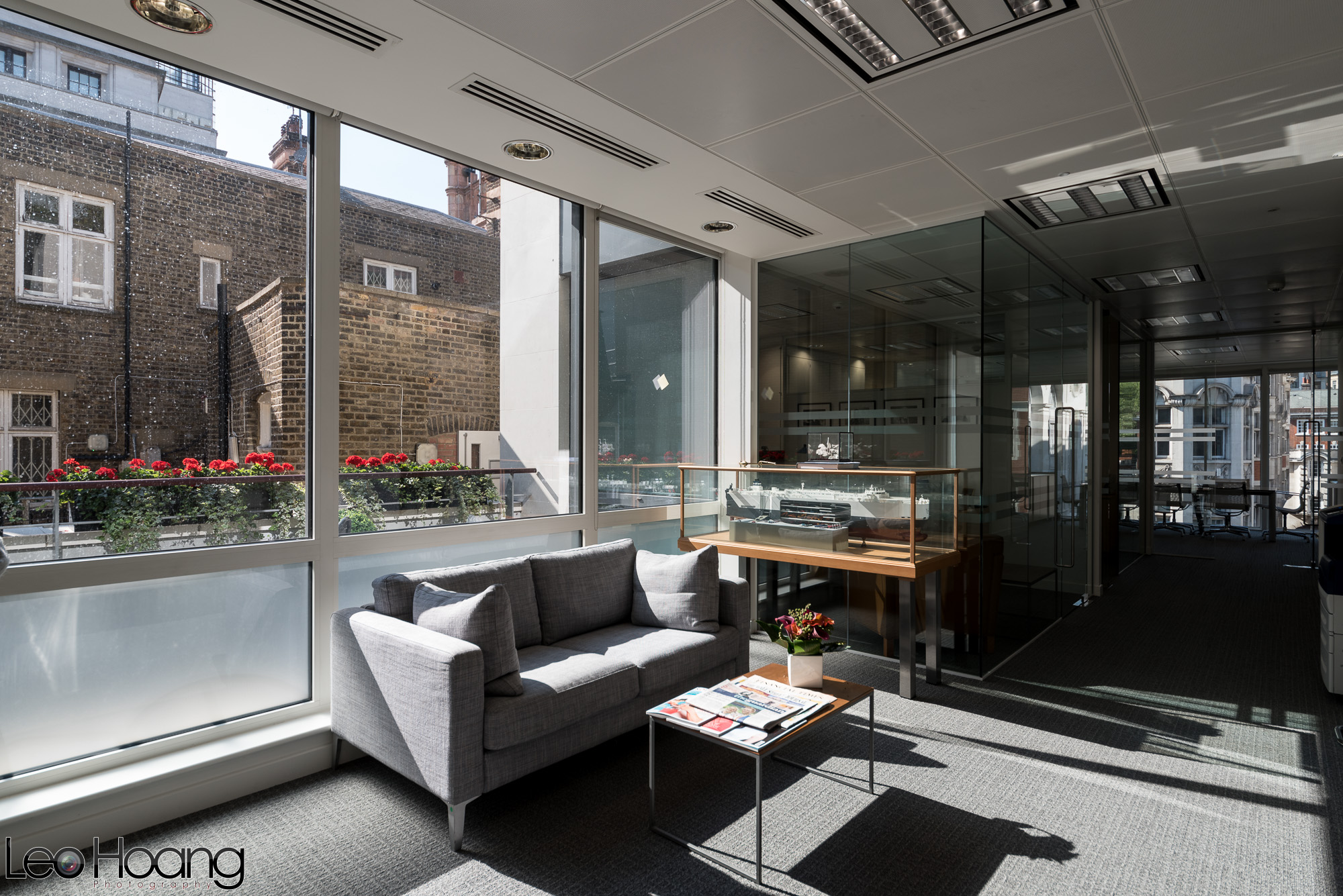 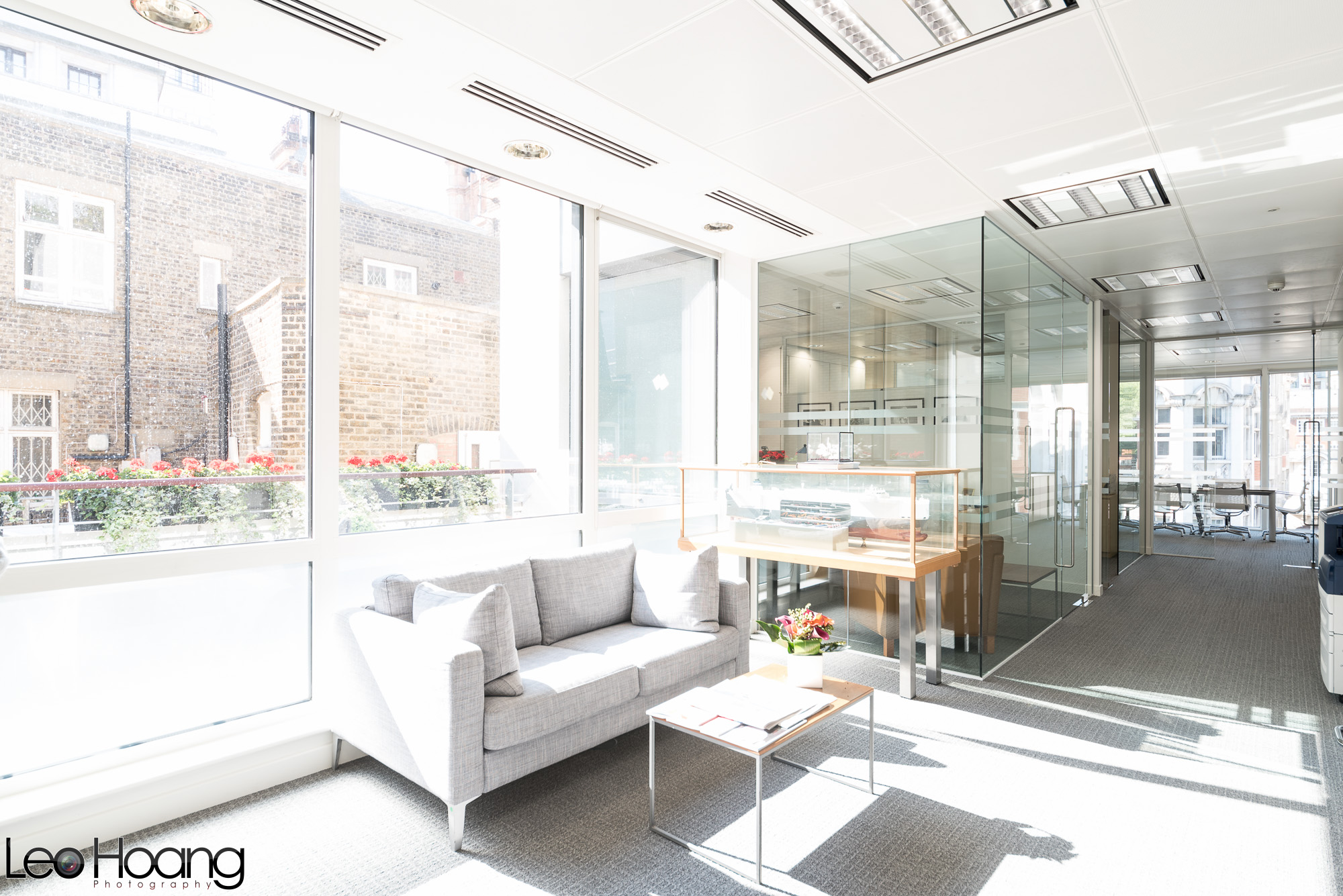 The area with the most significant dynamic range was the seating area by the front of the office. The sun was coming in full force at an angle and you can see from the above example the two extremes of bright and darkness. 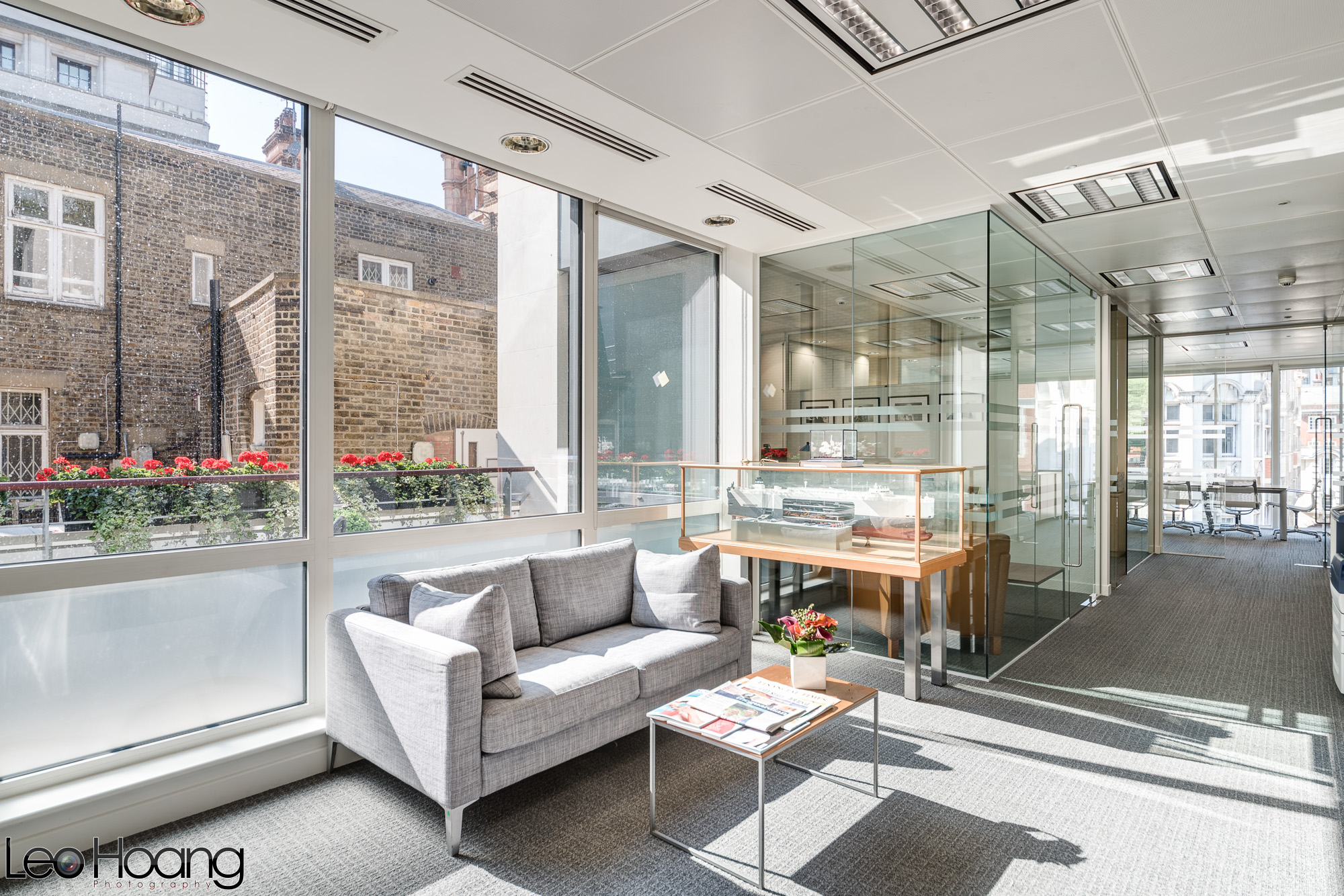 The only way to cure this issue was to post-process and merge as a HDR image in Lightroom.

Again, flash was not an option as it would distract from an active workplace environment and my goal was to be as discreet as possible. 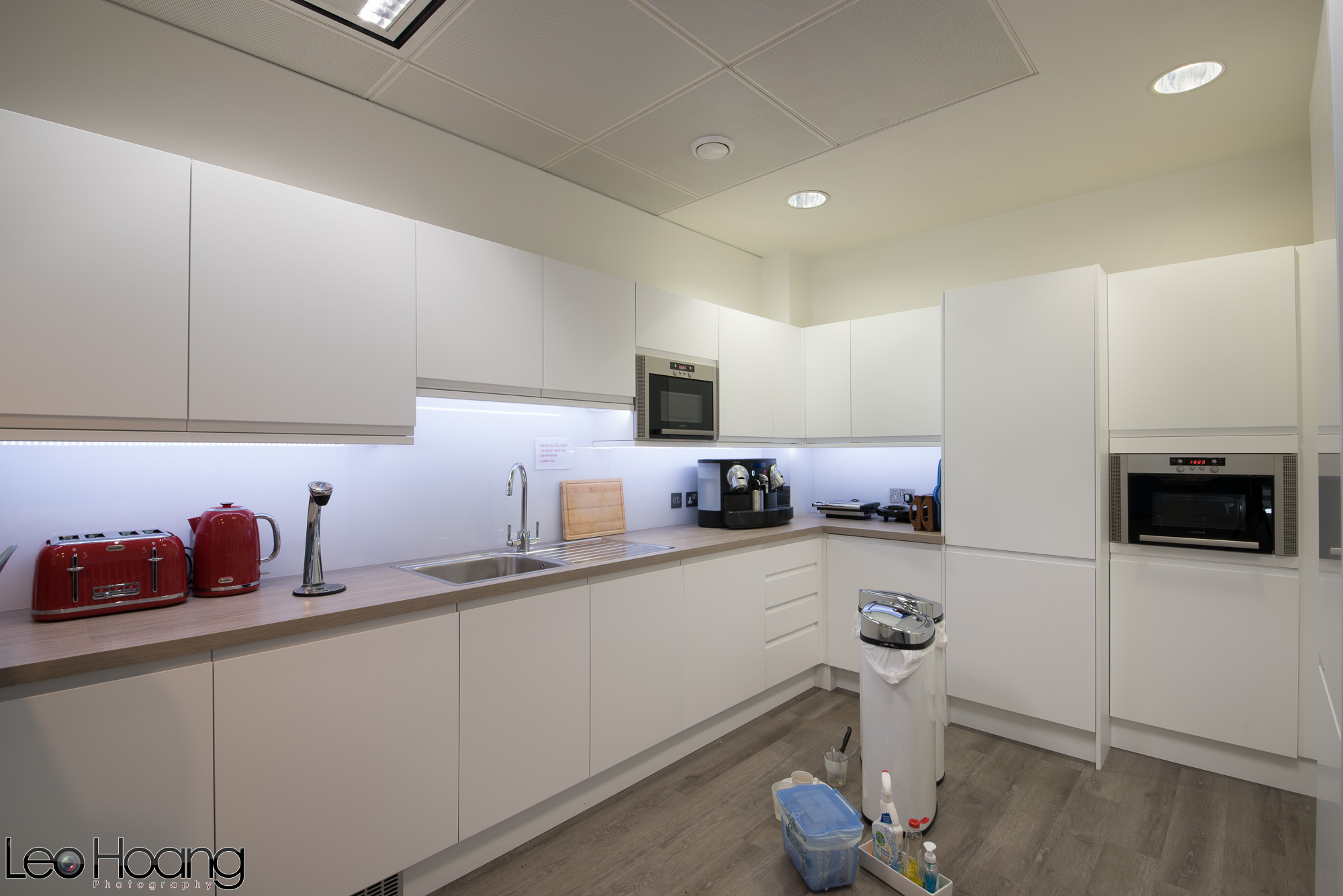 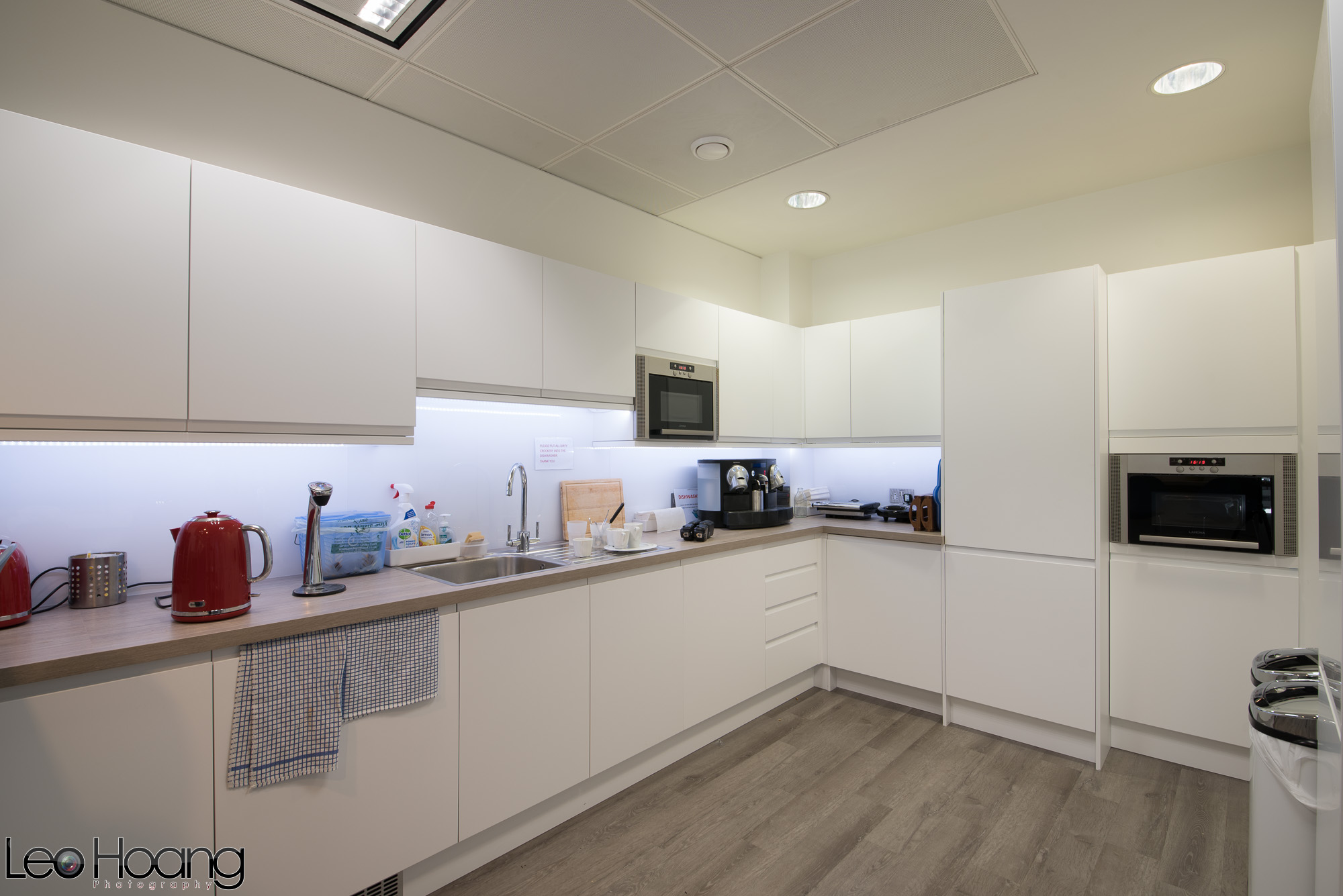 Not only did I have to remain discreet throughout this shoot, I also had to deal with the clutter that comes with an active office. The staff room in particular, as I had just arrived after lunch hour, was pretty cluttered. 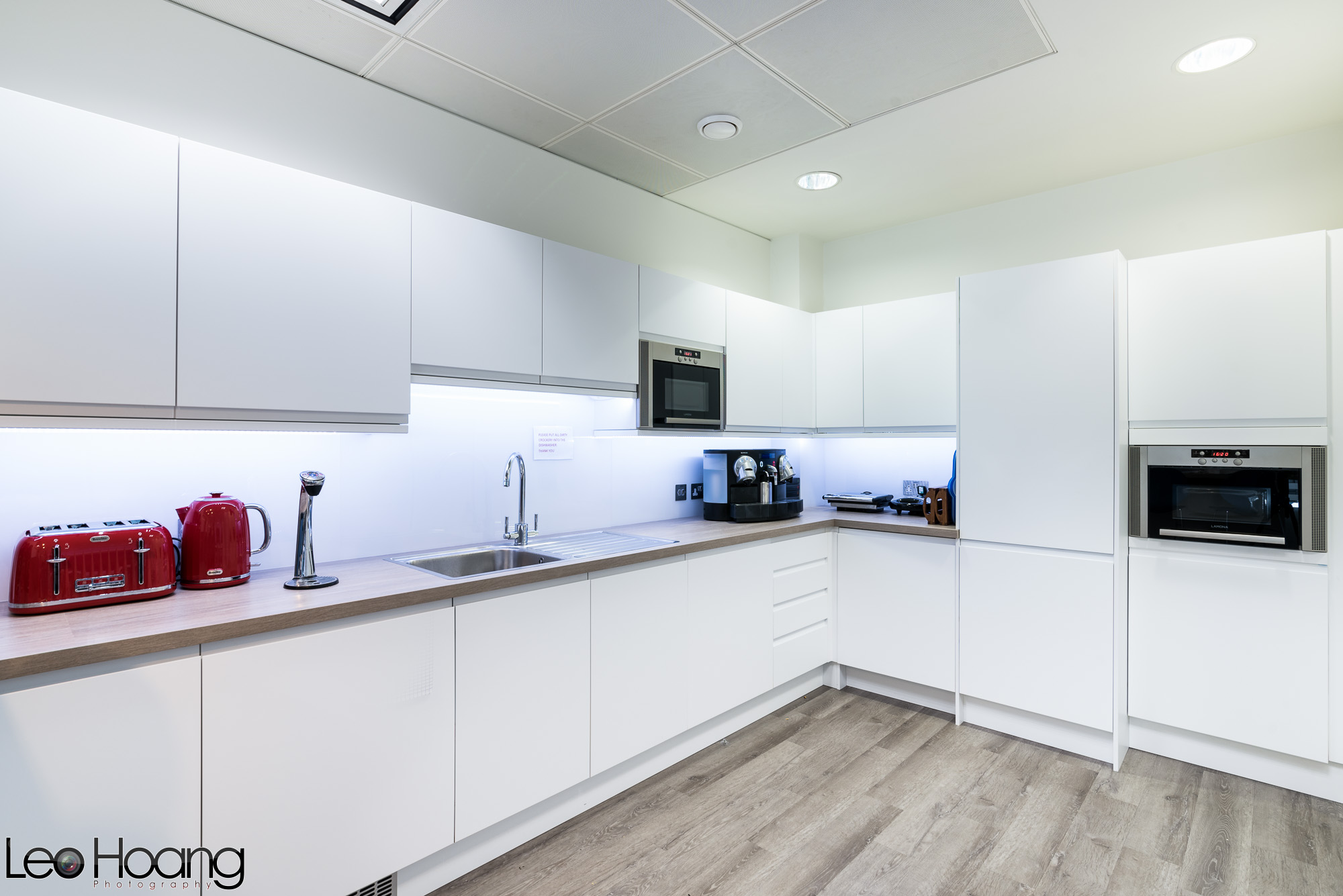 I took two shots with the clutter shuffled around and merged the two together. (For a more detailed example of this technique, please visit SLRLounge.com for my recent tutorial)

All-in-all, the shoot was a great success! There were a few challenges which I had to face, however nothing which could not be overcome on the day.

Minor challenges with dynamic range and clutter, however we had walked away from the shoot with some great shots to compliment the great refurb.

The shoot itself was pretty straight forward as I was working with predominantly ambient lighting. However, with that being said, there was more post-processing involved as it takes longer to render HDR files than a standard single RAW file.

Once Constructive Space have uploaded their Case Study, I will attach a direct link here.

To close off, I will simply say working with Nick and Ann at Constructive Space is an absolute pleasure and I look forward to seeing them again soon. 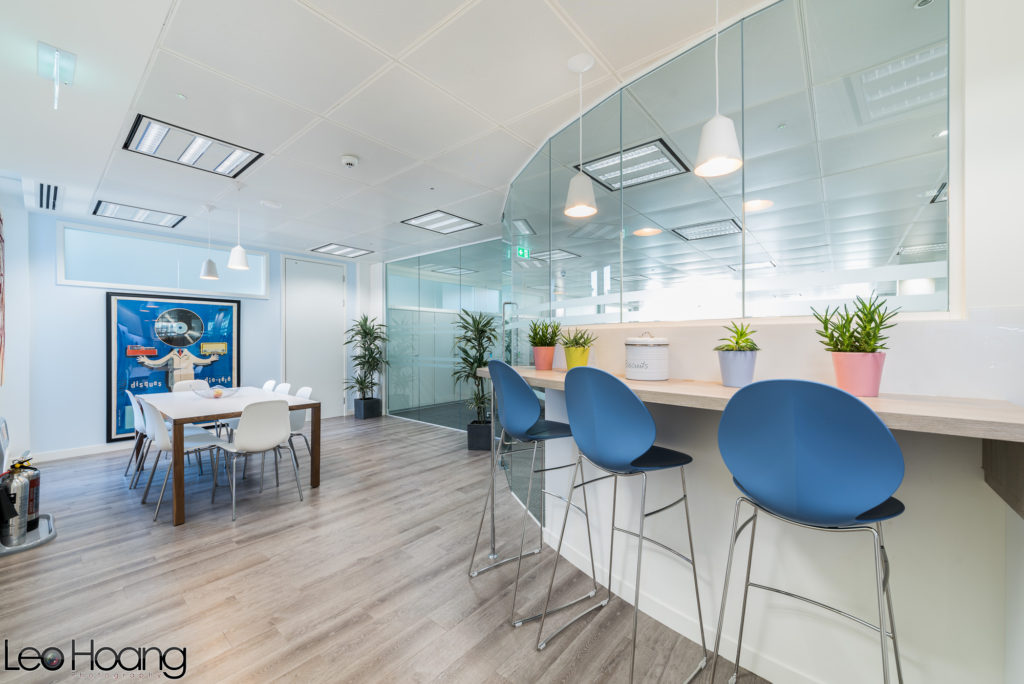